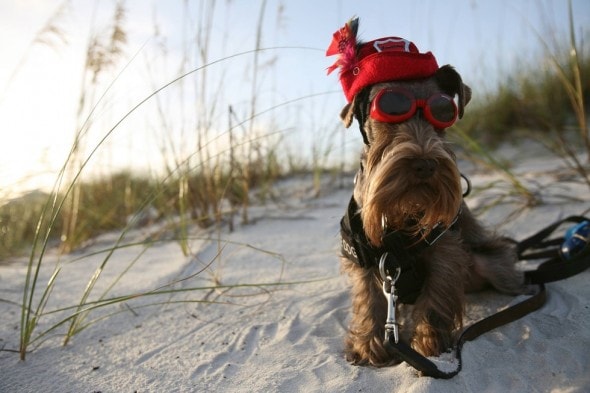 Finnegan McNeil has been a hearing alert dog since the ripe-old age of two, and has been a hero to his human dad, Steven File, on an almost daily basis.  He helps his human dad safely interact with the environment and people around him, and keeps him safe in a world where safety is sometimes more of an illusion than a reality.

File relies on Finnegan for a number of important tasks that many of us may take for granted being a hearing individual.  He lets File know when there’s a knock at the door, or if someone says his name, or his phone rings, he’s a living smoke/fire alarm, an even lets him know when people are entering or exiting any room in his home usually considered private.  That’s A LOT of work, but Finnegan loves File, and loves his job as well. 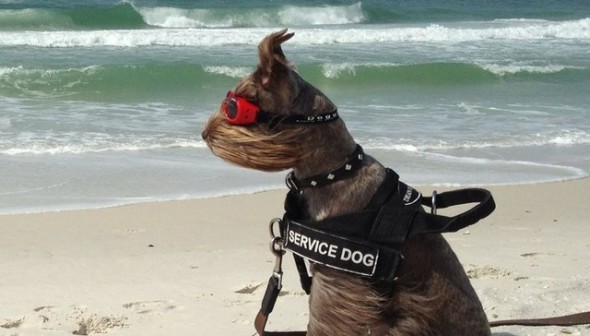 “Some of the alerts are contextual-based, i.e., sirens when in the home or office are ignored but not in the car,” said File in an interview with The Dodo.

Even though the concept behind what Finnegan actually does to alert File may seem very simple, the training of a dog to be able to do this is very laborious indeed, and take a great deal of time and patience.  He alerts his dad to key events around him by pushing his nose against File’s hand, mouthing (kind of like biting), pawing or going back and forth towards and away from something.  For example, when someone’s at the door Finnegan will walk back and forth to the door. 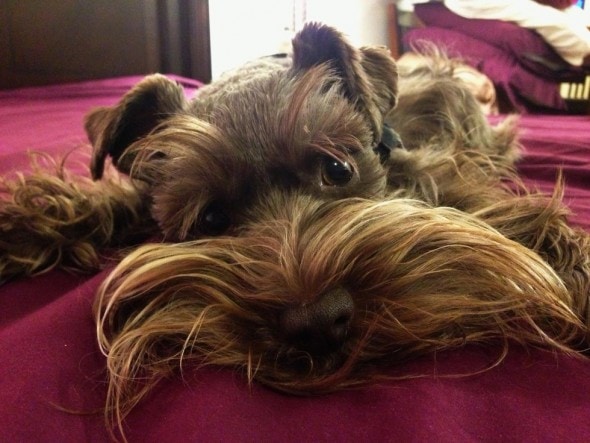 “Training usually involves about two total years of training, and it is generally held that only about 8 percent of the total canine population can meet the minimum standards of self-discipline, alertness and eagerness to please,” said File.

File suffers from Meniere’s disease, which is where the hearing issues come from.  Along with all of the helpful things that Finnegan can do, perhaps the key thing is alerting File to when an “attack” is about to come on.  These attacks cause File to have an extreme bout of vertigo.  Thanks to Finnegan, File can get to a safe place anywhere from ten to thirty minutes ahead of time. 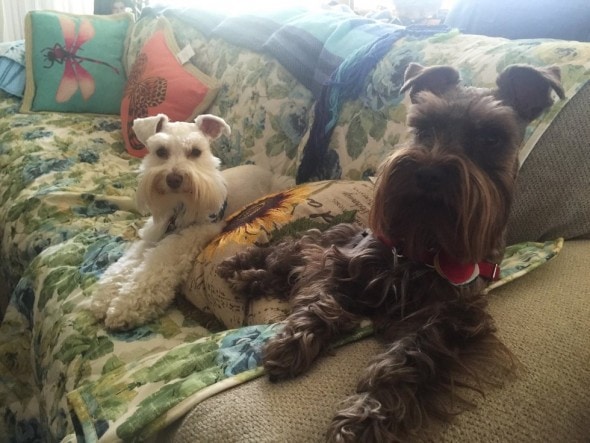 Finnegan has a younger brother called Quinnelan, whom is also being trained to do the same job.  Quinnelan seems to be VERY quick on the uptake, and although he’s only 18 months old, he is already half way through his training.

“When Finnegan has his service dog harness on, he is like a highly disciplined soldier in a military uniform, always awake and paying close attention to noises and sounds,” said File.  “But take Finnegan’s service dog harness off and he and his brother Quinnelan will play and chase each other for hours on end, just like normal dogs.  Overall, Finnegan’s demeanor is more that of a laid-back, big dog in a little dog body!” 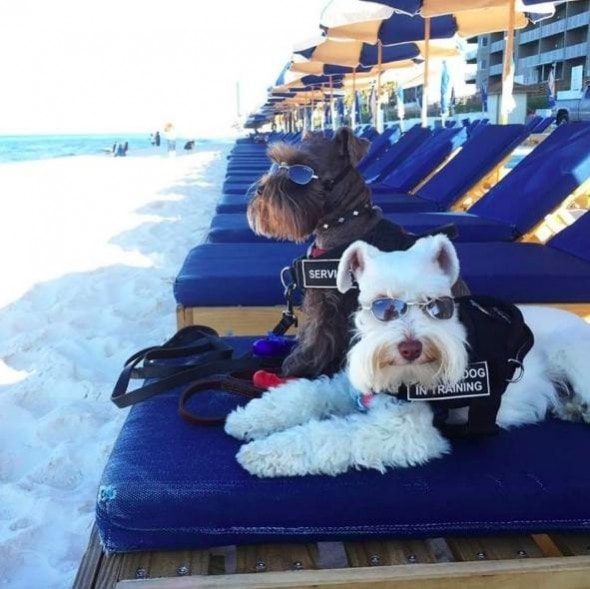 If you would like to see more of Finnegan or his brother Quinnelan, you can click here to be taken to their Facebook page.  In a very special way, Finnegan gets to be a hero to Steven File every day.  Whether it’s letting him know that the pizza guy is at the door, or letting him know that it’s time for him to get to a safe place because an attack is imminent, he keeps his human alive and well.  That makes him a heroic dog in our book!