On her last day of leave, Army Private First Class Katelyn Gallagher was out putting up flyers, desperately hoping for word on her dog, Buck, a 100-pound, 5-year-old bloodhound.

“When I left in May for training, I left him with a family friend, Angelo Sullo, who told me he would care for Buck,” Gallagher told Cleveland’s Fox 8 News. “I was so excited to get home and get him.”

Gallagher says that when she returned home last month, Sullo told her that he could not care for the dog, so he gave him away.

“He wouldn’t give me any other information, so I don’t know who has him,” Katelyn said. “I am not upset with the people who may have him, because I am sure they don’t know. But I really want him back.”

“I got him when he was 9 months old. He is like my son, he is my best friend. I really want him back. This has been very difficult for me.” 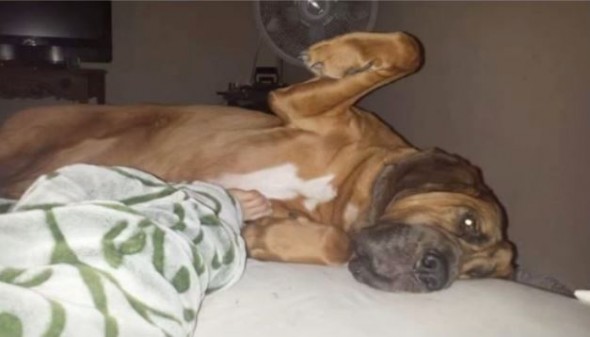 She filed a report with Cleveland police; the would-be is now facing a petty theft charge. Fox 8 says that Sullo refused to discuss the issue on camera, but says it’s a misunderstanding and he expects to be “vindicated.”

Sullo appeared before a Cleveland Municipal Court judge Tuesday, pleaded not guilty to the charge, and was released on a personal bond. He is due back in court next week.

Gallagher had to return to base Tuesday, but said she is receiving several tips on where Buck is located and hopes he will be found soon.