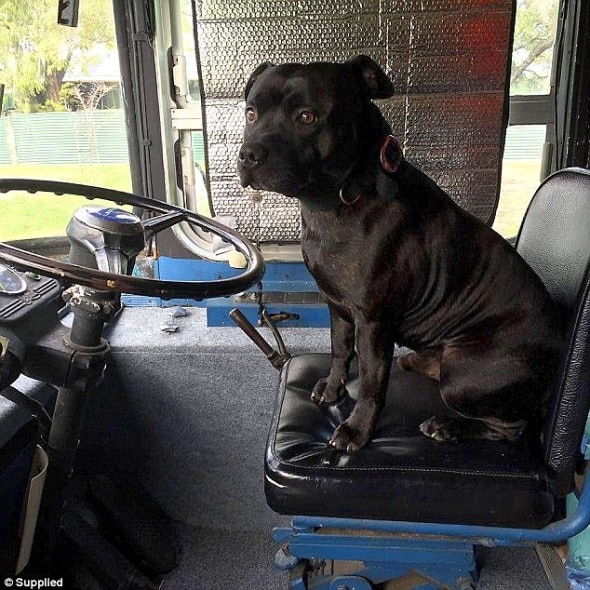 As summer is in full swing in the southern hemisphere, Western Australia has been swelteringly hot, with temperatures in the high nineties.  An elderly gentleman, also in his nineties, might have succumbed to the heat and his injuries after a fall had it not been for the tenacious Staffordshire Bull Terrier who found him, thus saving his life.

Rockingham, a city near Perth, has already seen temperatures exceeding 100 degrees, dangerous for anyone to be outside in for long, let alone someone in a precarious state of health.  So when the anonymous man fell and broke his hip, help was needed urgently.

Sadly, that help did not come for an agonizingly long time.  And it might not have come in time at all had it not been for Zeus, who alerted his dad to the situation.

“I was out gardening, and Zeus went over near the fence and started whimpering,” Nick Condo told the Daily Mail Australia. 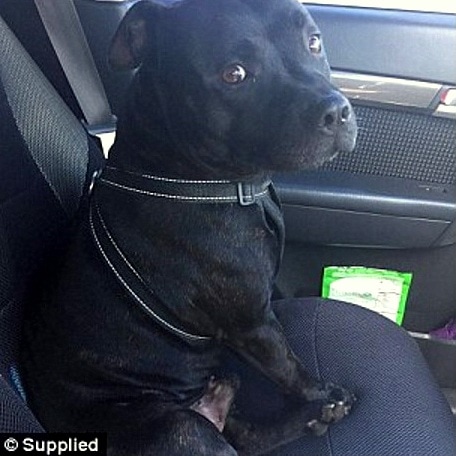 “He wouldn’t come away. It’s very different from him, he’s a good dog. So I went over there to see what’s going on.”

Condo could hear his stranded neighbor calling for help.

“I could hear him faintly, saying, ‘Help me, I think I’ve broken my hip. I’ve been lying here for two days.’”

In addition to suffering a broken hip, the man was dehydrated and his lips were cracked and bleeding.  Condo and two other neighbors called an ambulance, and the man was taken to a hospital for treatment.

The man’s family requested that his identity and medical status not be released, so his prognosis is unknown at this time.  Hopefully he is doing well.  Zeus, meanwhile, earned himself a steak dinner for his heroism.

“He is a class dog, just incredible, such a lovable dog,” his dad said.