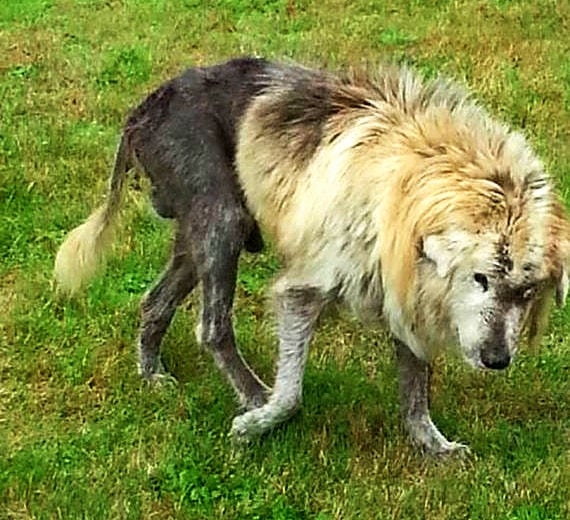 This comes from a petition from Seattle DogSpot:

Last month a woman saw a horribly neglected dog wandering around Bucoda, WA. Here’s how she described the dog’s condition:

“I found this dog wondering the streets of Bucoda today….. I called animal control who put me in contact with the “city of Bucoda.” I drove over to city hall to ask for the dog to be taken to the animal control office for obvious reasons but to list…..1. It couldn’t walk 2. It had lost half its hair 3. It had bugs and shit all over it and 4. It stunk worse than anything I had ever smelt! The man from city hall looked at me and said, “ya that dog lives down the road.” I said, “Well, someone needs to intervene – this is animal cruelty! He proceeded to say, “No, the dog is his property, and we don’t tell people how to take care of their animals.” …… SHOCKED. I personally will not stop until the media hears of this horrible injustice and the City of Bucoda is shamed!”

After she reported the dog to animal control, its owner had someone shoot and kill the dog, whose name was believed to be Wolfie.

A necropsy at Joint Animal Services in Thurston County confirmed that Wolfie suffered “longstanding neglect” and was covered with “maggot-infested wounds.”

The necropsy also found that the dog didn’t die immediately after it was shot and “suffered immense pain in life and death.”

To give you an idea of how horribly this dog was treated, based on the necropsy, it was estimated that Wolfie was only 10 years old. Anyone who objectively looked at the pictures of Wolfie would say he looked much older.

Joint Animal Services sent the necropsy results to the Thurston County Presecutor’s Office with a recommendation that Wolfie’s owner and the man who shot Wolfie be charged with first degree animal cruelty.

Necropsy report and photo below. 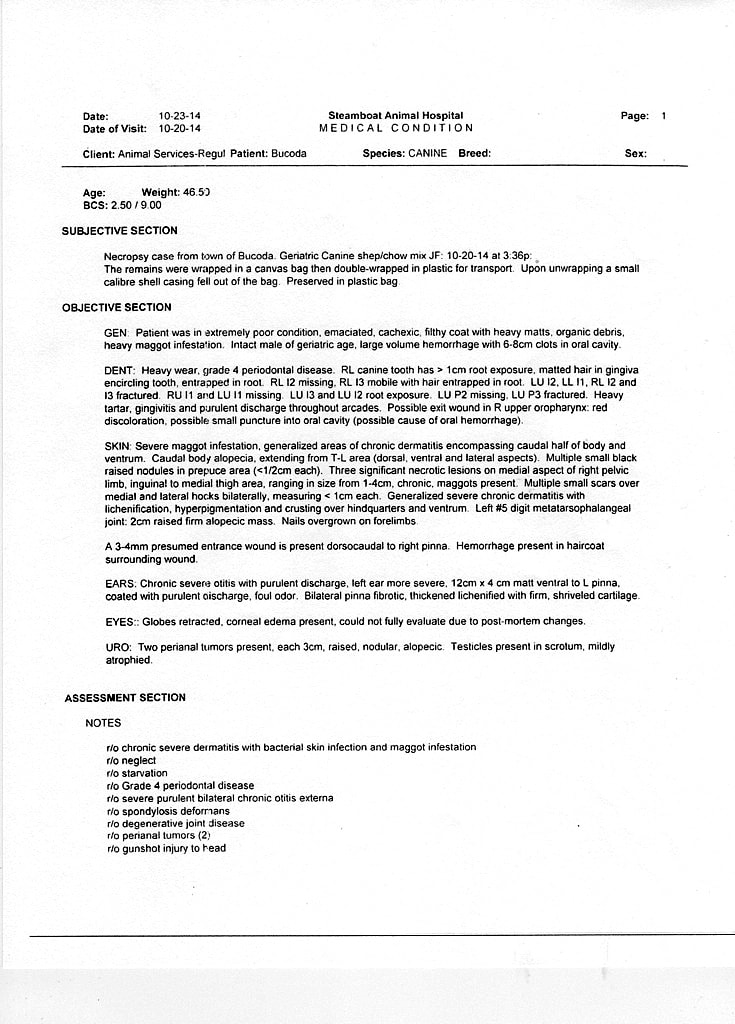 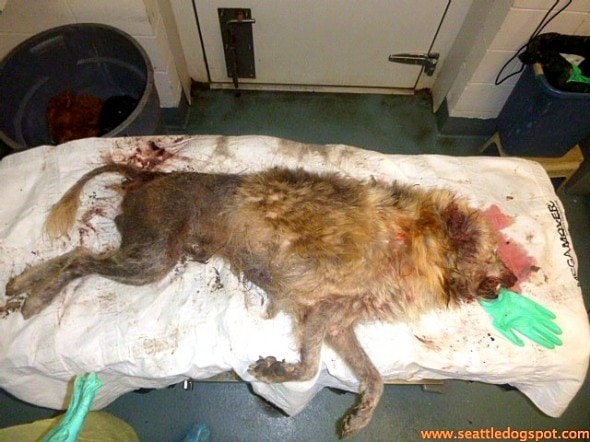