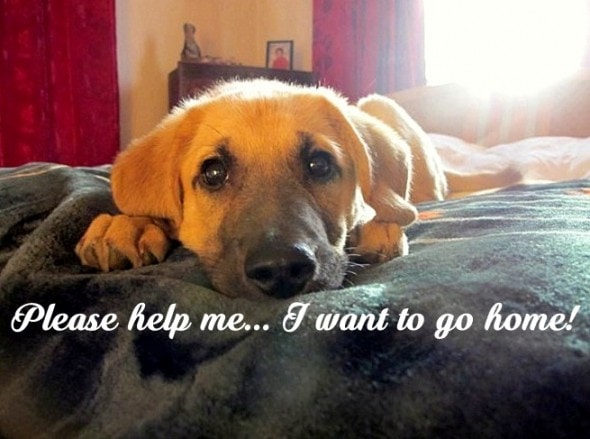 Marley, a rescue dog from Afghanistan, has been forced to live in a tiny kennel for nearly a year while his family wages war against the ridiculous Florida legal system.  During a simple game of cops and robbers, he nipped one of his family members in a bid to protect another.  The bite wasn’t even serious, but one of their nosy Panama City, Florida neighbors reported him, and he has now been classified as a “dangerous dog.”  Please help us win the fight against this!

In 2011, a young puppy was rescued from the streets of Kabul, Afghanistan. The young dog, Marley, lived in the horrors of war before being rescued by United States Army Veteran Jonathan Jones. Now, Jones is fighting the Bay County Courts to save his dog’s life against a cruel injustice. He has been sentenced to death for a natural reaction, and one that Jones feels does not warrant such a harsh reaction.

He was roughly 6-7 weeks old when rescued off the streets of Kabul and he has come to a long way with the help of MANY people however, he is now the victim of a VERY overzealous Animal Control Agency that is acting outside of its Constitutional Authority. After everything Marley has been through, to have the dog awaiting a death sentence for a natural response is unfair and we are determined to help justice prevail. 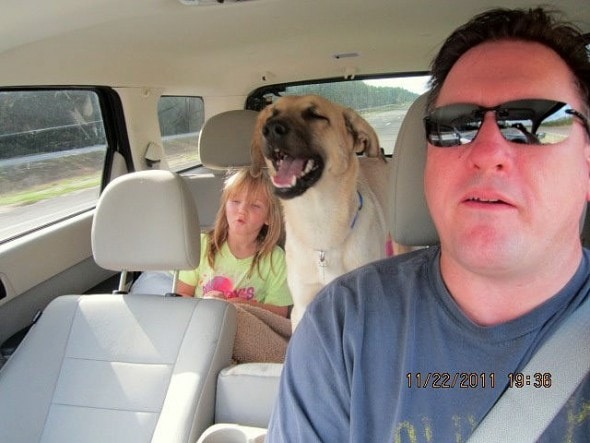 The incident occurred when Marley bit Jones’ 15-year-old son who was wearing a mask while playing cops and robbers with his 5-year-old brother. Marley was only protecting the younger boy from what he thought was a threat. Unfortunately, neighbors called animal control before learning the facts.

The Bay County Magistrate ruled in Marley’s favor, but the County Attorney is appealing the case for a death sentence. Marley has been in a glass chamber on death row in Bay County, Florida for 9 months now. The hearing was scheduled for Thursday, March 10, 2016 and took 10 weeks for the County Judge to only bow out of doing his job and upheld the Magistrates ruling. This is county cronyism at its finest.

We are asking for your help to affect change to protect Marley and thousands of dog like him that are caught up by an overzealous and unconstitutional government agency. We are fighting for Marley’s life to not be killed and hopefully save the countless other dogs and family pets from this kind of fate. Thank you.

A Florida statute prohibits dogs from being declared dangerous if they were defending family at their home, which is exactly what Marley did.  Isn’t Florida famous for its “stand your ground” laws? 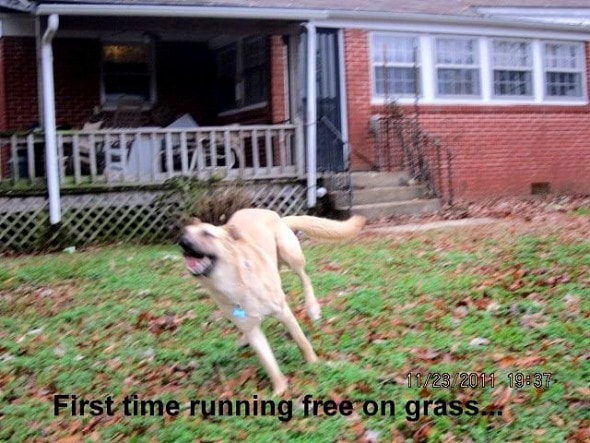 There was another small incident of a bite to a trainer, but again, it was not serious, and it was during an exercise designed to push dogs to their limits to know what their threshold would be for biting a person (this is a common procedure in many shelters).  It should be noted that this was also after many very stressful months of Marley being confined in total isolation, which can wreak havoc on any animal’s mental health (humans included).

When I spoke to Johnothan, this is what he told me what was currently going on:

We went before the County Commission yesterday to voice our side of things – that the laws have not been followed and they have tried spinning things (with the media’s help a bit) validating Marley being designated “dangerous.” The dog specialist is 100 percent committed to working with Marley and is trying to get the Animal Control director to work out a schedule with him so he can work with Marley one-on-one for the next few weeks and build a trust with him. In the meantime, my family and I will be going to his training facility to work one-on-one with his dogs there to build our confidence and learn the right dynamics for Marley to thrive within.

I need help with funds to continue paying his kennel fees and get the dangerous dog requirements met (in the event we lose our appeal). I’ve gotten the $100k liability insurance paid for the next 30 days; the yearly policy is about $600. As you can see, it is absolutely absurd on many levels that this burdensome list of requirements [must be met] in only 14 days… 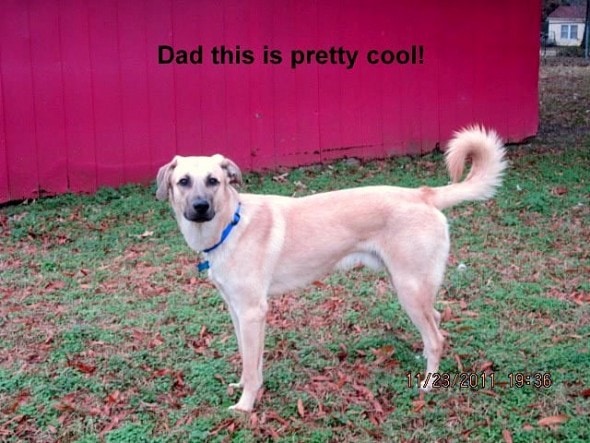 In addition to working with a trainer and getting special insurance taken out on Marley, Johnothan has also registered him with the AKC and enrolled him into their Canine Good Citizen program.  Additionally, on Saturday he will be meeting with a fencing contractor for an estimate.

So yes, while it is possible to eventually bring Marley home (after jumping through many hoops), which is of course the ultimate goal, his family does not want him stamped as being dangerous, which he isn’t.  The main reason humans evolved dogs from wolves was for their protection, and it’s preposterous that there is so much red tape to prevent people from continuing to do so.  Of course, this isn’t to say that people should still be allowed to have truly vicious junkyard dogs that would likely shred anyone it came across, but Marley was just protecting a little boy, his family member, whom he genuinely believed was in danger.

A petition was created to bring before the Bay County Commissioners’ Office, and a fundraiser was created to help with the costs of legal fees, insurance, training, and fencing.

“I’m just a humble family man that wants my dog back and is trying to accomplish that the best way I know at the moment,” Johnothan said.  “I’m thankful so many have come together to support him and our effort, it’s overwhelming on many levels. I just hope we can accomplish something good for Marley out of all this along with thousands of other animal owners here in Bay County.” 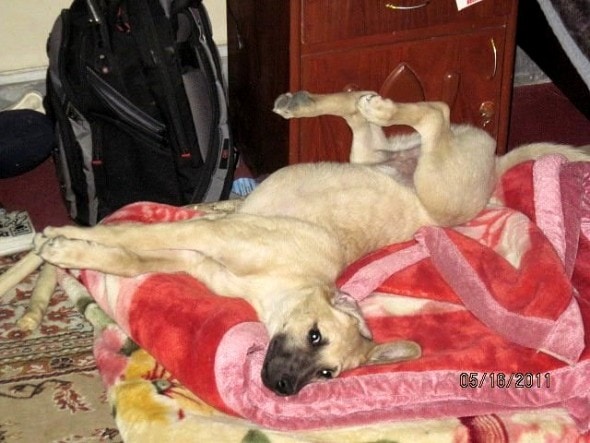 35 thoughts on “Help Us Bring Home Marley, Who’s Been Incarcerated for Almost a YEAR”