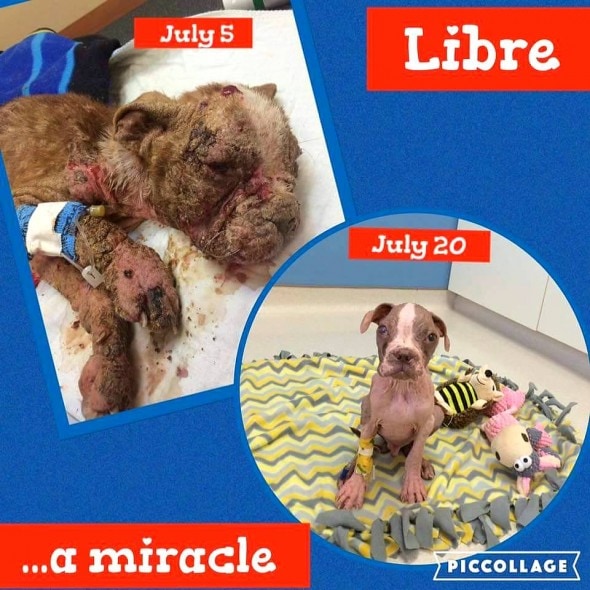 Many of you have likely been following the saga of Libre, the Boston terrier who nearly died from mange due to severe neglect by an Amish breeder.  Little by little he’s been recovering, and now I am overjoyed to tell you that he has been adopted by Janine Guido, his savior and the founder of Speranza Animal Rescue! 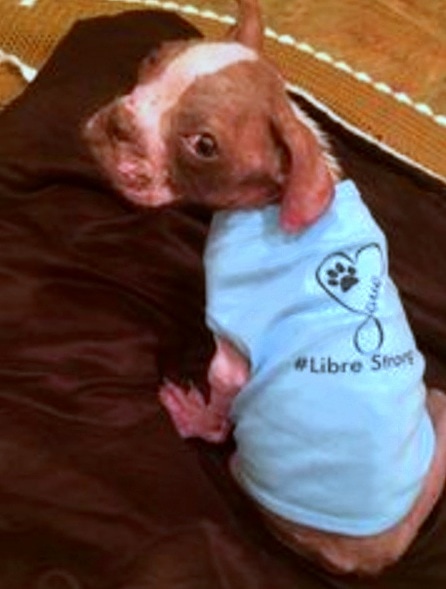 He was found by a produce driver named Dextin, whom Janine happily posted about meeting this Monday.   An Amish breeder had abandoned him, and though the neglect he had suffered in his short, seven-week life had clearly been for the entirety of it, Sue Martin of the Lancaster County SPCA opted not to press charges against him.  A petition was started demanding that they do so.

However, the HSUS disagreed with her findings, and launched its own investigation.  Additionally, Janine has been in his corner from the moment she set eyes on him, faithfully bringing fans updates on his progress.  Everyone was thrilled to see his first real bites of food, and his very first kisses, which of course were given to Janine.

And most recently, she was thrilled to announce that when Libre is released from the hospital this week, she will be taking him home.

“I just really connected with him. I don’t know why, because I’ve rescued so many dogs,” she told the York Dispatch.  “I get butterflies before I visit him. Something about Libre really captured my heart.” 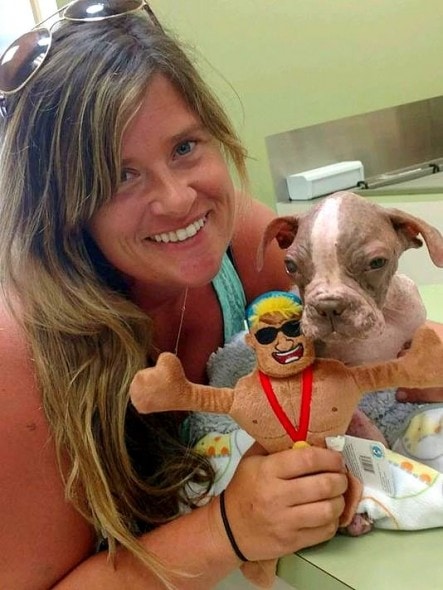