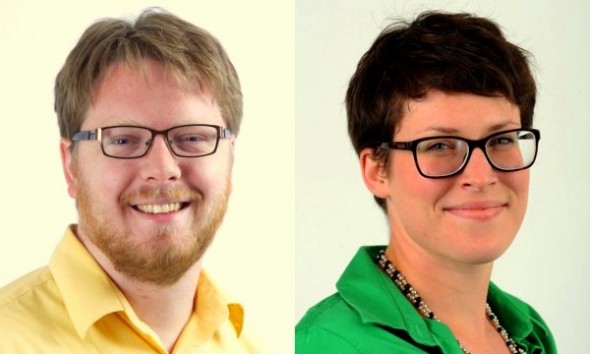 A Maine woman’s life has been saved thanks to her dog.  Pattie and Tony Reeves thought they were just trying rescue a wandering dog, but ended up saving a life when the dog led them to her unconscious owner.

Tony and Pattie Reaves of Bangor, Maine were in Pattie’s car on their way to a friend’s house.  When Pattie turned onto Essex Street, she could see Lila running in and out of traffic.  This was all around 8:50pm, and Pattie became concerned for the dog’s safety.

Tony Reeves was in a long driveway attempting to get a handle on Lila, when he could see from her behavior something was very wrong.  Following Lila just a bit further, and he could see that someone was in trouble, and needed help badly.

“From where I was, it kind of looked like a carpet,” said Pattie in an interview on Friday.  “Tony said, ‘I think there’s a person in the doorway.”

“I could see a pair of legs hanging out of that doorway, so I walked closer,” said Tony.  “The dog was chasing me and barking the whole time.”

Tony quickly realized that there was a very thin, smaller woman lying face-down and wearing a hoodie.  Tony called out to the woman but got no response.  After that, Tony got his wife to call 911 straight away.  Tony eventually found out that the woman was unconscious, but breathing.

A few moments later, an ambulance showed up along with some police officers.  The officers did decline to give the name of the individual, but did say she was taken to Eastern Maine Medical Center for a bad reaction to a medication.

Lila “honestly seemed upset about her,” Tony said.  “It was almost like she was trying to get our attention.  It was a little weird because we never would have seen [the woman] if we didn’t see the dog.”

“Pattie said to me later, ‘You know, that dog might have saved her life,” remarked Tony.