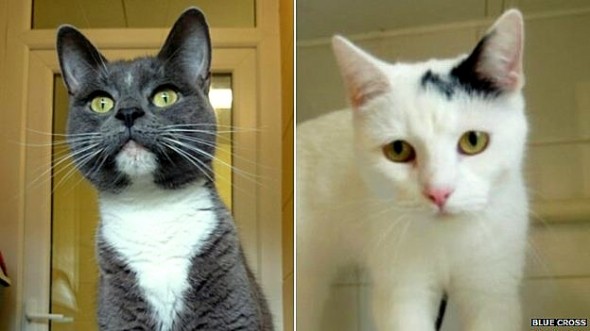 Six cats who were heartlessly tossed in a wheeled trash can and then dumped in a remote area are being given a second chance at life thanks to a persistent dog who alerted his owners to the animals in need.

While at a nature reserve in Cambridgeshire County (north of London), an unnamed dog became intrigued by a garbage can, or as the Brits call it, a wheelie bin.  He started barking and furiously scratching the bin.

“When the dog’s owners opened the bin they found six cats staring up and them,” said Alan Maskell, manager of the Blue Cross Animal Charity. “They were completely shocked.” 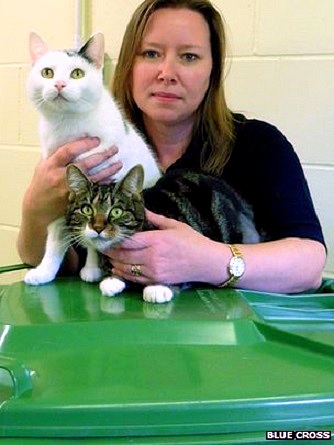 The kitties “must have been cared for at some point,” and are now in need of new homes.  They are between ages two and five.

“It’s a dreadful case – the poor cats must have been terrified,” Maskell said.  “Whoever did this must have intentionally dumped the bin, as it was in the middle of nowhere.”

Other than being scared, confused, and hungry, the cats were in good condition but “would have certainly died” had it not been for that dog.  Well done!