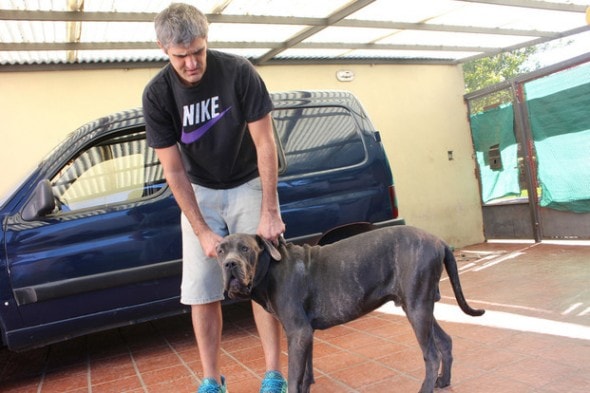 Juan Grassino was driving into his property and stepped out of his car to close the gate when two armed robbers intercepted the gate and pointed a gun to his face. Grassino didn’t know what to do so he let the men in, however he started screaming and calling out for help.

Help did come, but not in two-legged form. Otto heard his owners screams and rushed to his side. The dog stomped, barked, and stormed towards the criminals. When the robbers saw the large size dog running towards them, they got scared and fled the property. However, as they ran away they shot their weapons and a bullet hit Otto on his side.

Neighbors heard Grassino’s calls for help and had already called the police, unfortunately when authorities arrived on the property they were too late to apprehend the criminals.

Otto was rushed to an area animal clinic where veterinarians stopped the bleeding, extracted the bullet and said Otto is expected to make a full recovery.