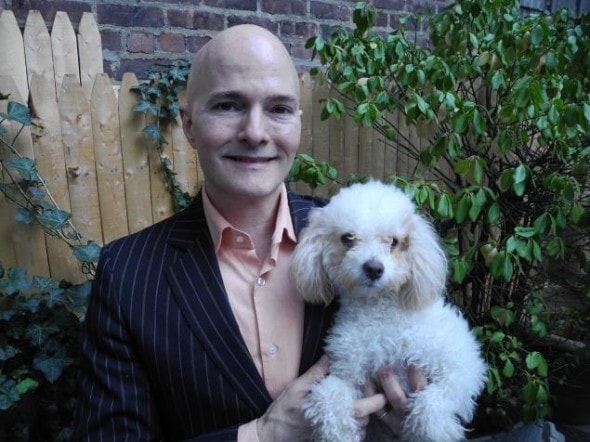 Last week David Duncan risked his life to save a dog from the Hutchinson River Parkway and then set out to find the dog’s owners. Duncan’s good deed was rewarded when the owner of the dog was found but decided that Duncan should keep the dog.

Duncan was driving along the Hutchinson River Parkway towards Manhattan on October 17th when a cockapoo darted out into the road. Instead of just driving by Duncan acted to save the dog’s life.

“I made a really quick judgment call,” said Duncan. “I’m going to try to save the dog.”

Duncan dodged traffic to get to the dog and bring it safely out of harm’s way. Duncan, who named the dog Lucky, took the dog in and began looking for her owner. It was obvious the dog had one from the harness she was wearing and how well-groomed she was.

Through publicity and search efforts Lucky’s owner was found. It turns out her real name was Cutie. After talking with Duncan and seeing how attached he’d become to Lucky, the owner decided that Duncan and his partner Michael McGraw should keep her.

“He said his house isn’t lacking for pets,” said McGraw. “For us, it’s the best possible outcome. We are thrilled that we don’t have to say goodbye to her.”

Lucky is settling in well with her new family and has a new best friend in the couple’s other dog.