An emaciated dog from Barranquilla, Colombia, spent ten days barking and crying out for help while stranded in bushes in a canal. When police officers patrolling the area heard the dog’s agonizing cries, they immediately jumped to the rescue. 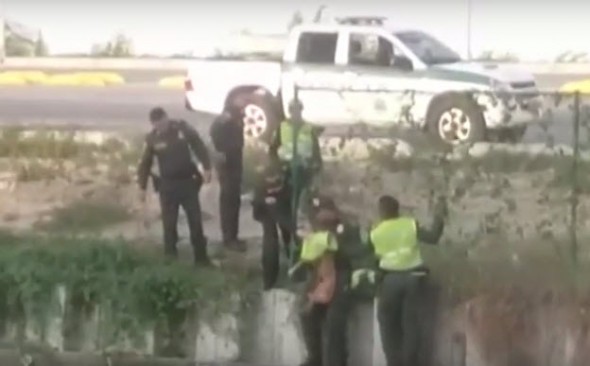 Why didn’t anyone do something before? This we will never know, but the pooch named Moi is now safe and awaits a forever home.

A YouTube video posted by HSB News shows how a group of police officers risked their lives walking along a thing ledge to reach the dog. One officer climbs down to the bushes growing along the side of the canal and tries to secure the dog.

The officer realizes the pet has been tied to the bushes all this time and this is why the dog was unable to swim away or search for a way out on his own. Authorities say someone tied the dog to the bushes. 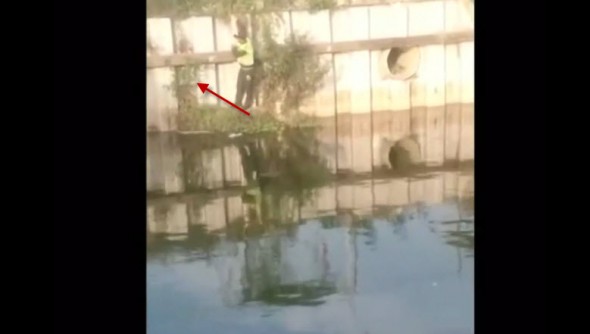 On the video, you can hear locals tell the hero men (in Spanish) the dog had not had food in a month, but HSB news reports the dog had been stranded in the canal for 10 ten days.

The officers were afraid of getting bitten by the dog and had a difficult time hoisting the pet to safety, but after a few minutes, rescuers were able to climb out of the canal with the pet and transport the animal to a shelter.

Moi is now hoping a local animal lover comes forward to adopt him.