Eight Puppies Are Rescued from a Garbage Bin

On August 3, 2015, police officers from Madrigalejo, Spain, rescued eight puppies found inside a garbage container and arrested the animal abuser who tossed the days-old dogs. 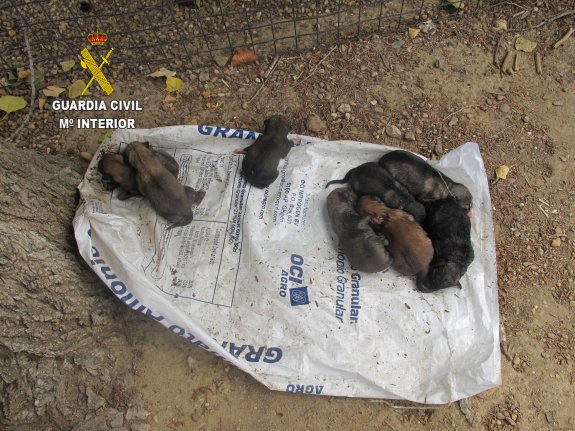 The Mastiff puppies were placed inside a large sack and abandoned in a garbage bin close to municipality’s public pool. Authorities discovered the dogs just hours before the garbage truck arrived for its pick up, however, the dogs could have easily asphyxiated due to the high temperatures felt that day.

Thanks to community members, the dogs’ owner was identified and an arrest made. The abuser now faces animal cruelty charges.

The puppies were surrendered to the Cáceres Humane Society and once they are old enough, they will be made available for adoption.