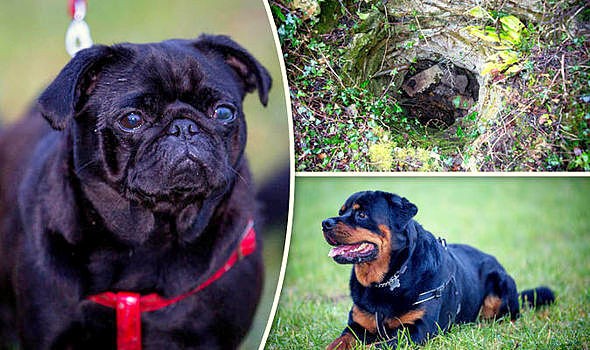 Olive, a little black pug, took off from her home when she was spooked by fireworks set off last month in celebration of Guy Fawkes Day.  She became trapped in an old well, where she likely would have died , had she been down there much longer.  But luckily Bear the Rottweiler found her, and now she is safe and home with her family.

“I have been following story and we have been walking around the area trying to find Olive,” she told the Daily Express.

“I was just walking past a hedgerow and Bear stopped. He wouldn’t move. So I went through the hedge and I found a well and looked down and there was this black pug.

“It was Olive, just looking up. I couldn’t believe it. I climbed in and pulled her out.  I was worried she might have hurt herself, she was petrified, but then her tail wagged. She was fine.” 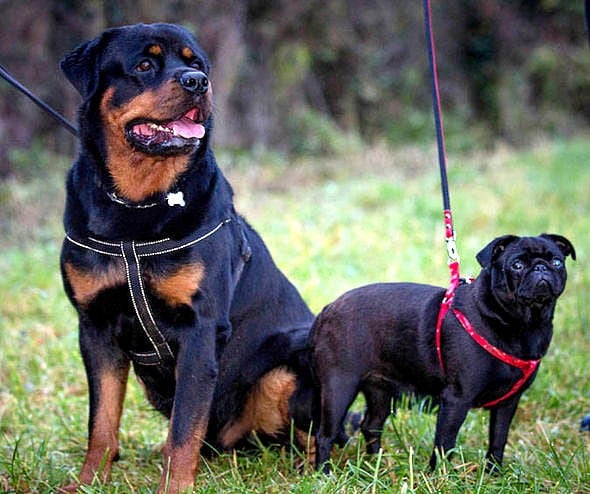 Nichola took Olive home with her, where she happily snoozed on the couch while the woman put out a Facebook alert about having found the missing pup.  Sixteen-year-old Phoeby Mackeson had been badly missing Olive, and worried about what might have happened to her, especially with it being so cold out.  But the pair was quickly reunited after Bear’s discovery.

“I’m so relieved. She’s lost a lot of weight but other than that she’s fine. We were so happy when we got the call,” Phoeby said.

“People we don’t even know have been bringing treats round for Olive. She seems to be really happy to be home.

“One of her eyes is a bit sore. We don’t know how long she was down for the well for. It must have been a terrifying experience.”

“Bear is amazing,” said Phoeby’s mother, Zdenka Hale.  “He is beautiful and has saved Olive’s life. He deserves a medal.” 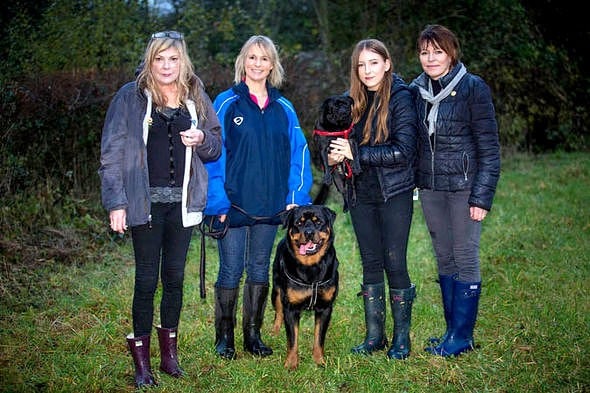