Sunday seemed like an ordinary day for visitors at the Davis Islands Dog Beach in Tampa.  But when a dog nearly drowned, the right people happened to be in the right place to save her life.

Humans and dogs were enjoying themselves when suddenly they noticed that something was awry: Xena, a yellow Lab who had just gone in after a ball, hadn’t emerged from the water.

She was pulled out and bystanders immediately began giving her CPR.  A man performed mouth-to-snout while a woman gave her chest compressions.  Fortunately, additional help was on the way. 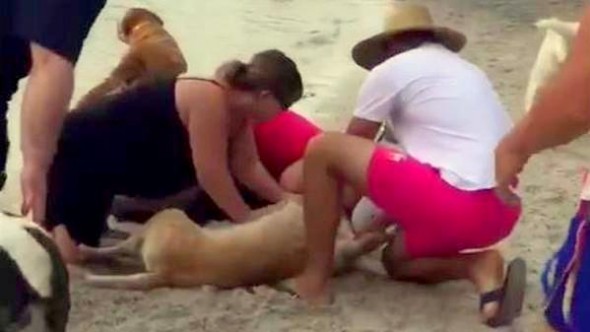 A fire crew from Tampa Fire Rescue Station 17 happened to be driving by, and someone flagged them down.

“Somebody came running out flagging us down. I had the driver stop, roll down the window and he said there is a dog that stopped breathing, can you come help us,” Captain Tim Hayes told WFLA.

A witness explained the situation to the crew as they approached the scene.

“The report was from one of the witnesses that the dog was chasing a ball, went out in the water and just went under water, so they went out and grabbed the dog, pulled him in, he wasn’t breathing and somebody there started CPR,” Hayes continued. 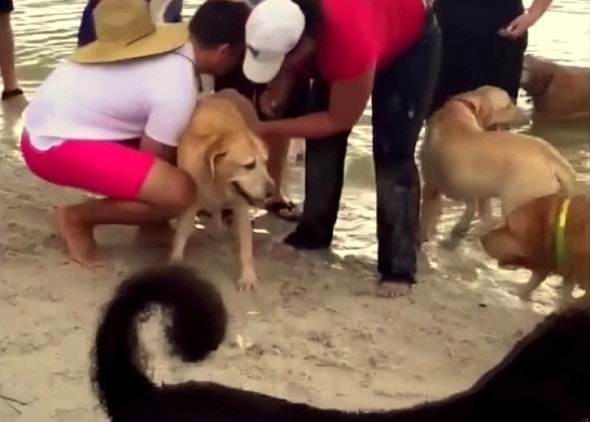 Though they didn’t have the special pet masks, a standard oxygen mask was used to revive Xena.  Beachgoers breathed a collective sigh of relief as she inhaled. Even the dogs, who were distressed by the commotion, appeared to be relieved.

Though policy typically prevents the rescue team from responding to pet calls if there are human lives at stake elsewhere, they were able to make an exception.

Xena was taken to a local vet, and is reportedly doing well. 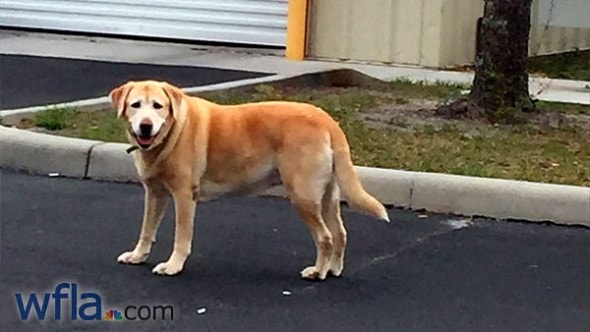 66 thoughts on “Heroic Bystanders Help Save Drowning Dog with CPR”