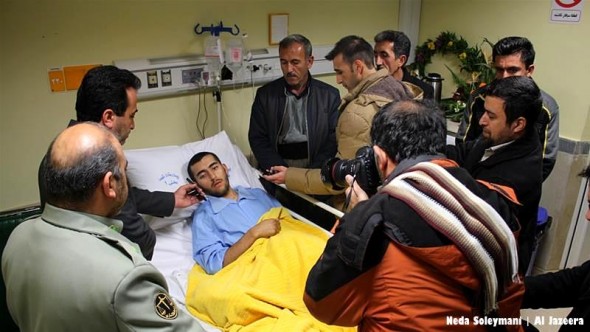 A young Iranian soldier has become a national hero after he risked his own life to save that of a stray dog.  The pup had gotten caught on the barbed wire surrounding a minefield, and Mohammad Baktar knew he was putting himself in great danger, but did so anyway to free the dog and save its life.

On December 17th, the 19-yar-old Sunni soldier was at his post and could hear a poor dog crying in pain, snared by barbed wire around a minefield by an ammunition depot.

“I was standing at my post that day … I heard the poor dog moaning non-stop,” Bakhtar told Al Jazeera. “I knew that it was a minefield, but I couldn’t reach the poor dog. Finally, I put my right foot to the other side of the barbed fence to release the dog. As soon as he ran, [the mine exploded].”

His leg had been blown off, and doctors in Tabriz spent hours trying to reattach it with no success.  Though the area is predominantly Shia, and Sunnis and Shiites are known for often being in conflict, thousands of people gathered around the hospital to pay homage to the heroic young man.

“I salute this young soldier as the symbol of honour and bravery, and wish the Middle East had many like him as a panacea for long-existing problems,” a girl from Tehran tweeted.

A cyclist named Kamal Rastkhani rode nearly 200 miles in the freezing cold and snow to show reverence to Bakhtar, “the symbol of love for God’s creatures.”  And when he went home, he was greeted by neighbors holding signs saying, “Welcome back, brave soldier,” and “You are my hero!” 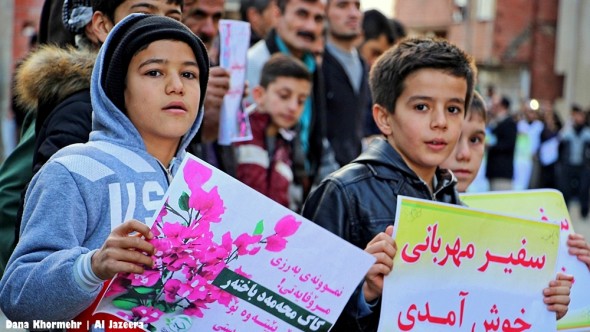 “I was in pain, but it gave me a very good feeling that thousands of people came to the hospital to visit me,” Bakhtar said, noting that even if he could go back in time, he would save the dog again. “I love animals.  I love nature.”

Masoumeh Ebtekar, vice president of the Environmental Protection Organization, called Bakhtar a “source of honor and pride for every Iranian,” and has reportedly offered him a job.  Bakhtar says working close to nature would be fulfilling a “childhood dream.”

He grew up in a small village where his family had a dog and raised cattle.  But when they moved to the city of Marivan, he could no longer have a dog.

“I didn’t have any chance to keep my dog in the city anymore.  I went to high school and worked in the wood-working and carpentry workshop – very different from the way we lived in that beautiful village.”

Bakhtar’s older brother, Atta, was sorry for the pain his brother was experiencing, but was very proud of him.

“I can recall dozens of times that he had battled for our cattle and his own dog. He’s so special,” he said.  “Mohammad was halfway through with his 24-month military service.  Maybe this is a blessing in disguise for Mohammad to get back to nature and the way he loved to live all his life.” 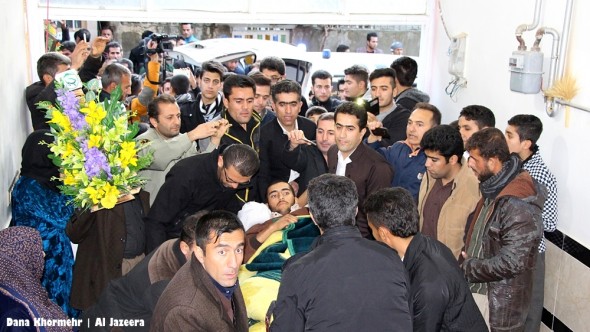