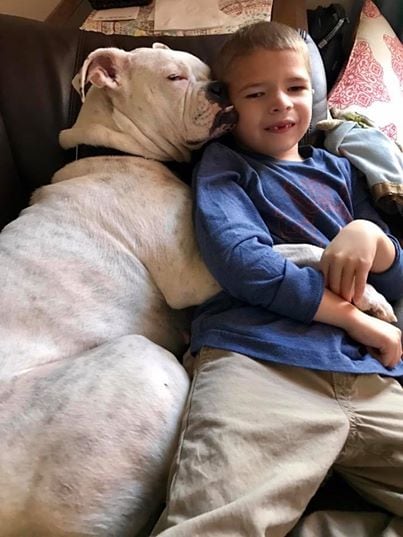 According to Connor Guillet’s mom Brandi, the bond that has formed between her son whom only uses sign language to communicate and a deaf dog called Ellie is something she’s never seen before.  She describes them as a “match made in heaven.”  Connor had a rough start in life being born addicted to opiates, but with Ellie’s help, he’s learning how to cope so much better.

“Connor is severely delayed psychologically, physically and emotionally,” she said.  “He is nonverbal and requires speech therapy.  It is unknown whether he has the ability to speak with a limited vocabulary.”

Connor also has issues with gross motor control, and has been diagnosed with a chromosomal disorder called DiGeorge syndrome.  He’s suffered damage to his brain and nervous system, and he’s also on the autism spectrum.  Regardless of all of this, Brandi adopted Connor at just four weeks old, and was determined to give him a good life with lots of love. 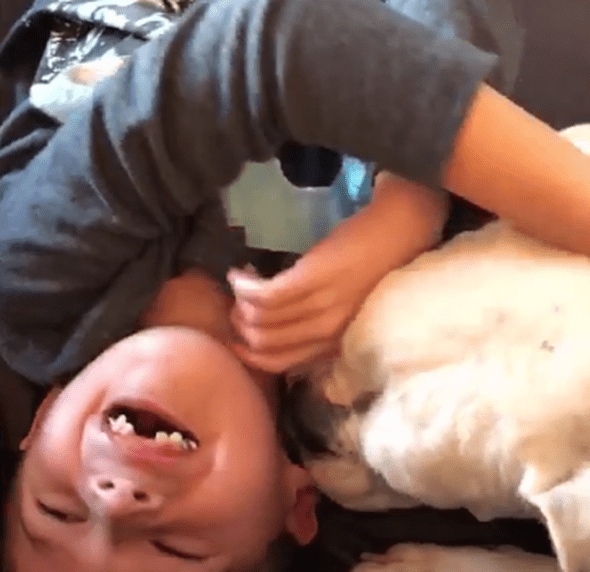 Just before Christmas this year, the family got a call about a dog by Jon Nowlin.  Nowlin is with the Coastal Boxer Rescue, and he told Brandi about a dog that was in need of a foster home.  She was deaf, and communicated through sign language.  Brandi immediately thought that this could possibly be of benefit to Connor as well, so she jumped at the chance to bring Ellie in.  She just couldn’t have imagined what would happen after Ellie actually got there.

“I had a light bulb go off immediately,” Brandi said.  “To think that Connor can sign to her and actually communicate with her made my heart melt.”

The pair hit it off immediately, and it just seemed like something that was meant to be.  They play together, and hang out and cuddle.  It’s so moving to see them interact, and the joy it brings to both of their lives.  Brandi is hoping that the official paperwork to adopt Ellie comes in soon, and she doesn’t want to separate Connor from his best friend.