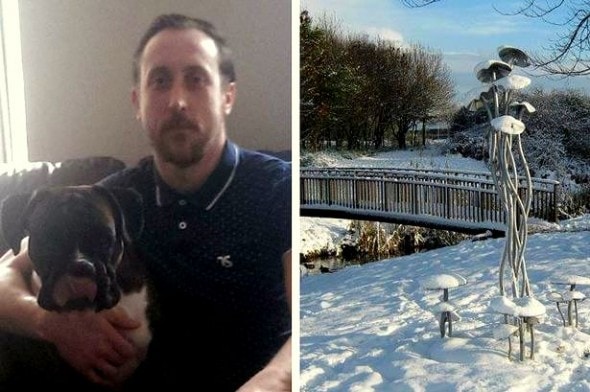 UK man Paul Dorsey was walking his dog Buster near a lake when he saw a dog fall through the ice.  He didn’t think twice about his own safety before plunging in and shattering the ice to save the little dog’s life.

Paul and his wife, Sarah, were walking their boxer along Hemlington Lake when they heard screams coming from a young lady.

“We were by the lake and we heard a woman shouting.  Her small dog was running on the iced over lake towards some ducks,” he explained to the Gazette.  “The dog owner was a young woman and she was frantic with worry and was about to get in herself, I just thought it would be better if I went.  I just took my phone out of my pocket, gave it to my wife and jumped in.” 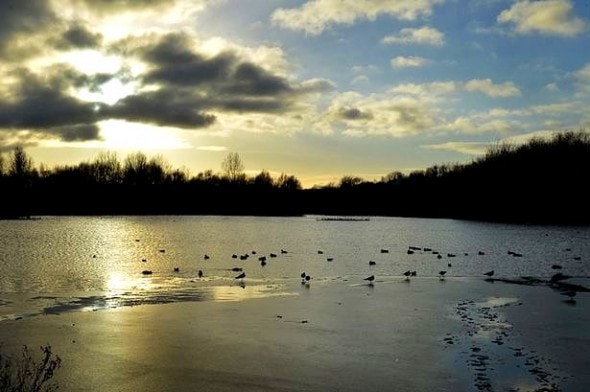 He was able to swim through some of the water, but the ice became considerably thicker the further out he got.

“I had to literally smash the ice. It was so hard.  By the time I got to the dog it was about under the water. It was bobbing up and down.  I grabbed it, put it on my shoulder and tried to swim back. There were times when I couldn’t stand, so had to swim.  It felt like I was in there forever but I think it was about a minute. The poor dog was shaking.”

Thankfully by then, a small crowd had gathered and several people rushed to offer their assistance.

“There were two council workers who ran over – one gave me his fleece jacket and another man came over to see if I was ok.” 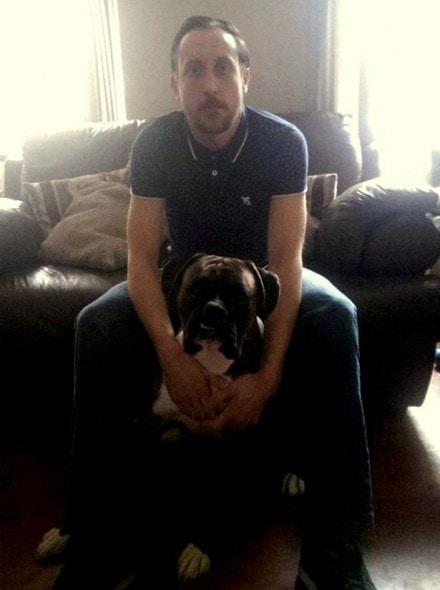 The incident was such a whirlwind that Paul didn’t have the chance to speak to the owner or find out how the dog was.

“Once I was out of the lake I just wanted to get out of my wet clothes and get home.”

Though he is used to frigid temperatures from working in the freezer section of a local Tesco (British grocery store chain), the excruciatingly cold water was a shock to his system.

“I am used to working in cold conditions but I have never been that cold in my life,” Paul said.  “I was freezing. I can’t really remember a lot of what happened. But I did what anyone would have done I think.  I couldn’t have let that woman go in.  I really hope the dog is ok and I want to thank everyone who came over to help me.”