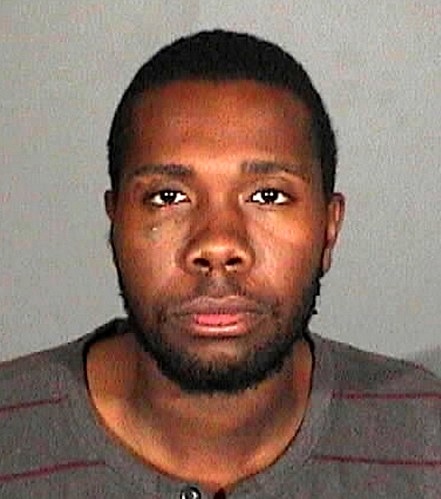 Because of a boneheaded driving maneuver, a South Carolina man was pulled over by police, leading to the discovery and rescue of his dog, who was being kept in the trunk.

At around 3 am on Thursday, an Alhambra, California police officer saw a Florida-plated vehicle make a right-hand turn from the far left lane.  When the officer approached the driver’s side, he could see a marijuana pipe in plain view.  He asked driver Steven Dontel Heyward if there was marijuana in the car, and the man admitted there might be.

According to Police Sergeant Jerry Johnson, the officer asked the passengers to please step outside while he searched it, and they complied.

“The officer popped the trunk, and looking at him was a live dog,” Johnson said.  “The guy says when he’s driving, he keeps his dog in the trunk.  That doesn’t sound right to me.” 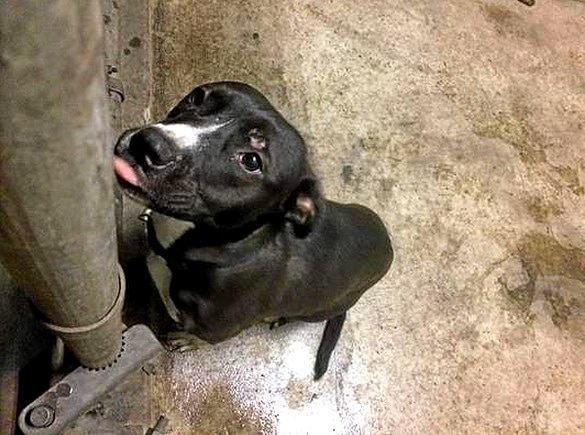 The black and white terrier, Mary, was unhurt and appeared to be in fair condition.  Next to her was an unloaded shotgun.

“The dog appears to be in good health,” Johnson said. “He could have put the dog in the front or back seat.”

It is unknown how long Mary was in the trunk or what Heyward’s intentions were, but because of the incident she was taken to the police station, and Heyward was arrested for misdemeanor animal cruelty.  Possession of a marijuana pipe is not illegal in California, so he was not brought up on drug charges, and he was legally carrying the firearm.

Johnson is unsure if Heyward is currently living out of his car, and noted there was a lot of clothing and other belongings in the back.

Heyward was released from jail on a personal recognizance bond, and is due back in court on April 3rd. Mary was turned over to the Los Angeles County Department of Animal Care and Control.  Because Mary is in good health, if Heyward decides he wants her back, it is likely she will be returned to him.