On May 20, 2015, heroic police officers from Antioquia, Colombia, saved the life of a dog when they jumped into the fast flowing and flooded Liboriana River to retrieve the pet. The fast and dangerous current carried away the exhausted dog who was minutes away from drowning.

Due to extensive rainstorms, much of Salgar, Antiquia, fell victims of floods and landslides. Residents, pets and farm animals were all affected by the natural disaster and Colombia’s armed forced were dispatched to the area to assist and rescue those stranded by the flood.

When officers arrived at the Liboriana river they were looking to assist anyone attempting to cross the river, and what they found instead was a pet struggling to stay alive, floating in the turbulent waters.

At first officers believed the dog was dead, but they soon realized the pet was alive and was alive and needed help. Immediately, the hero men ran along the river trying to catch up to the dog and save him.

In the Spanish speaking video (captured by one of the police officers) you can hear how the men encourage each other to run faster and jump into the river. After a short chase, one of the officers jumped in and caught the dog. Another officer helped the rescuer and the four-legged victim get out of the water. As soon as they were on safe land the canine received CPR.

The officers then walked the dog to their police vehicle parked on a dirt road, there they continued to help the pet by giving him IV fluids. 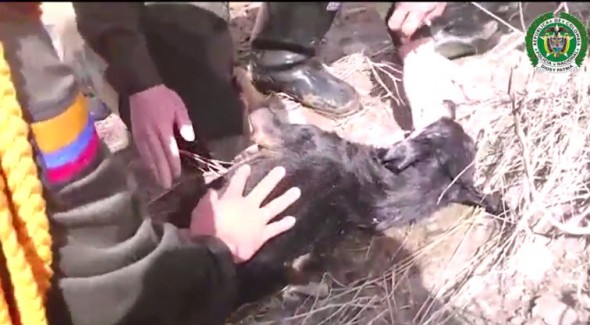 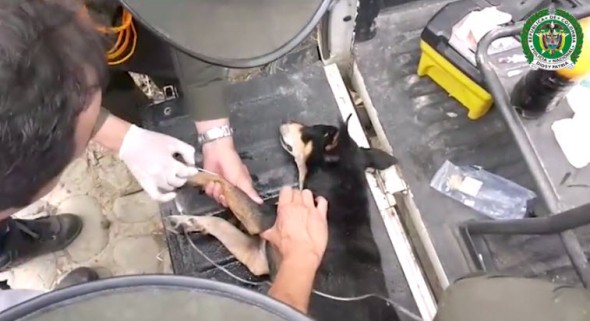 The hero men have named the dog Pincipe (Spanish for Prince) and hope to reunite him with his family. However, if the dog’s original family is not located, the officers plan to adopt Principe and make him part of their unit.