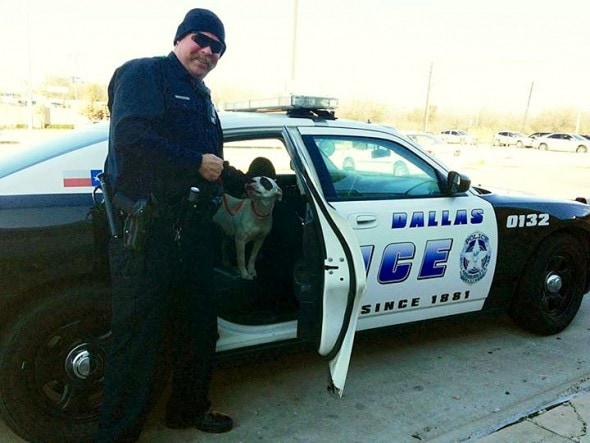 A Texas police officer rescued a dog who was stranded on the side of the highway, and quickly fell in love.  When no one stepped forward to claim her, he and his family immediately adopted her.

“Officer Rogers answered a call about a dog huddled on the shoulder in the fast lane of I-35 north,” animal services wrote on their Facebook page. “He called us for help, but before our officers could get there, she crawled all the way to Officer Rogers’ car.”

She hopped in the cruiser and went for the ride with the officer to Dallas Animal Services and Adoption Center.

“By the time they got here, she was clearly smitten and didn’t want to leave her handsome hero,” the shelter said. 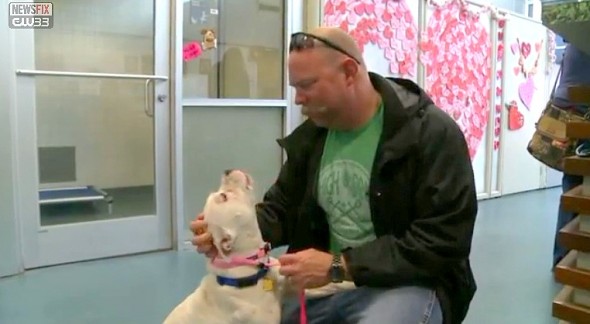 Rogers didn’t want to leave her, either.  He had already named her Laurel, after a nearby highway exit.  He told staff members that if no one came to collect her, he wanted to bring her home.

After the three-day stray hold was up and no one reported her missing, Rogers jumped at the chance to adopt her.

“It feels really good,” he said.  “If anybody was missing her, we were hoping that the coverage would’ve helped them to get reunited, but since nobody came forward, we’re hoping to be able to give her a good home.”

His family has three other dogs, and Rogers believed they would be a good match.

“[She’s] real sweet, and that’s the kind of dogs that we have at home. They’re real tenderhearted. Seemed like it’d be a good fit.”

3 thoughts on “Officer Adopts the Dog He Rescued Off Freeway”