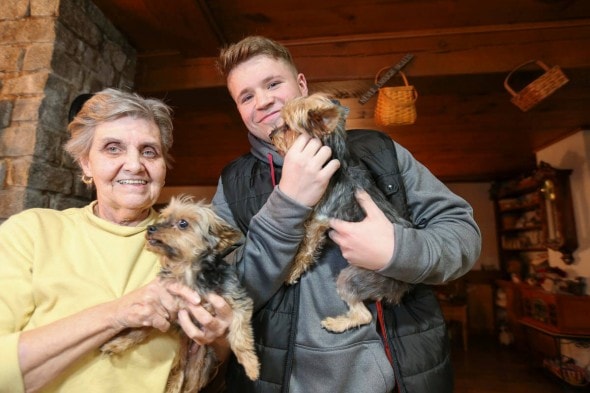 Just before dawn on Saturday morning in Dracut, Massachusetts, 76-year-old Elaine Buote woke up to find her home was one fire.  She got herself together, and went to go get her two dogs, but one of them wouldn’t come.  She was forced to exit the home with only one of her two babies, so needless to say, she was beside herself with fear.

Just then, 20-year-old Michael Patenaude just happened to be driving by and saw what was going on.  He pulled over and called 911, and got out of the car to talk to Buote.  That’s when she told him about the other dog trapped inside the flaming building. 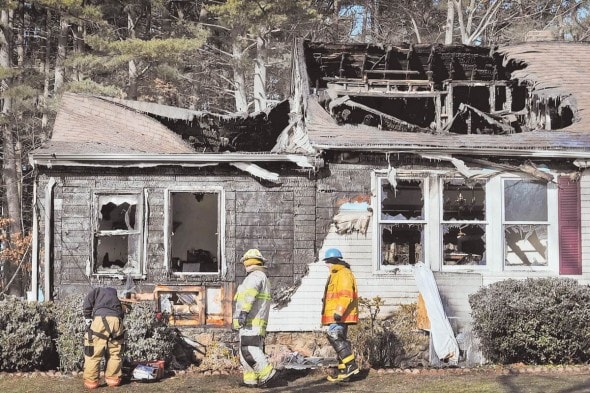 It would still be a while before emergency crews showed up, which very well could have been far too late for the trapped dog.  So, Patenaude decided not to wait it out, and went into the home after the dog.

“He went and he brought her out, and I said, ‘Thank you, thank you,’ ” Buote said.  “I thanked him over and over again for what he did; that was very courageous of him.” 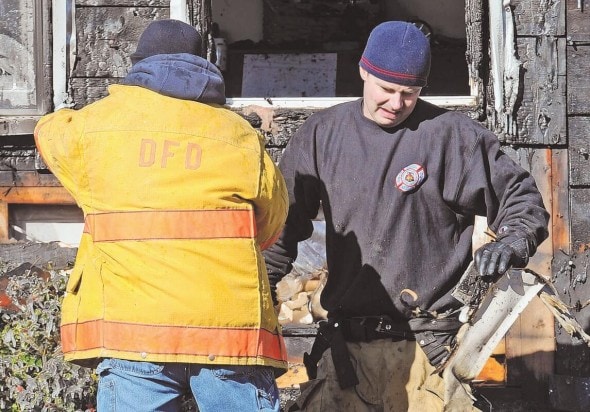 Patenaude said it never even crossed his mind, just how much danger he put himself in.  For those that don’t know, a four-alarm blaze means that FOUR local rescue crews from the local area had to be called in to put that fire out.

“There was a living thing in that house still,” he said. “If my dogs were in here, I’d want somebody to grab them.” 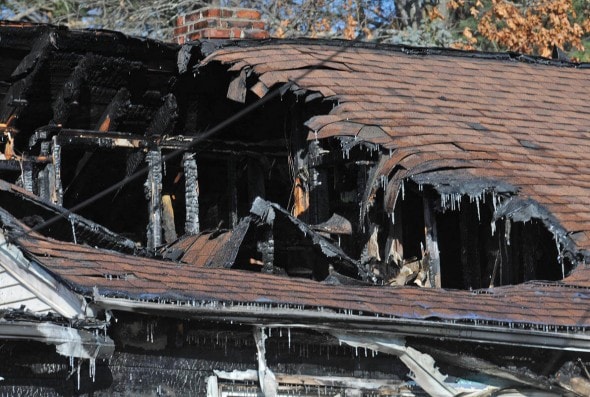 Libby and Petunia are Buote’s dogs, and she’s literally raised them from pups.  They were part of a litter that one of her other dogs had a few years ago, and they are all the family she has to live with.  They really are far more than just a couple of dogs to her. 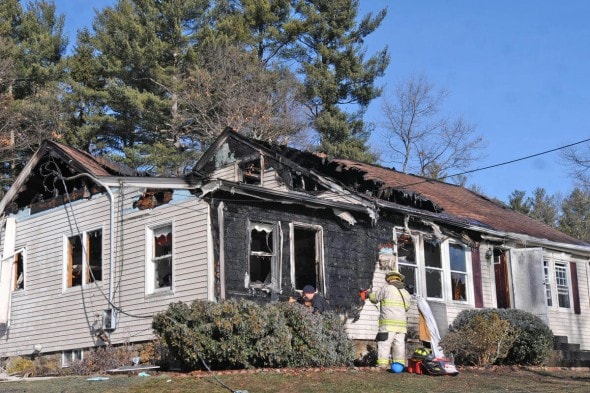