Otis is a homeless man from Mobile, Alabama.  He recently saved the life of Lady, a two-year-old mixed breed dog that appeared to be very badly injured and mistreated at the time.  Not only did he save Lady’s life, but has also potentially found her a forever home.  However, don’t call Otis a hero, because he doesn’t think he did anything heroic at all.

Otis came across Lady wandering around just outside a homeless camp.  He knew straight away that something about her was not quite right.  Upon a closer inspection, his suspicions were confirmed.

“I found her on Conception Street at somebody else’s camp.  She just laid down at the entrance.  The first thing I noticed was the chain when I rubbed her around the neck,” Otis said.

Otis got in contact with Delta Dogs, and animal rescue group with a medical facility and shelter out of the Mobile, Alabama area.  That’s where Lady was taken to for care by Dr. Jennifer Eiland.

“She was very underweight, she was heartworm positive, she has intestinal parasites, she had a skin infection,” Dr. Eiland said.  She had had a chain embedded in her neck that had been there so long that the skin had actually grown over the chain.  We were able to take her to surgery that day and it was a two-hour procedure to get the chain out,” said the doctor.

The hunt is on to find a forever family for Lady.  She has many potential options when it comes to what family she becomes a part of.  What’s needed right now is a good foster family for about a three-month time frame.  If you’re interested, you can visit their website linked above in the story, or call 215-342-2956.

As for Otis, he refuses to accept the fact that he is a hero.  If he hears someone say it, he’s very quick to deny it. 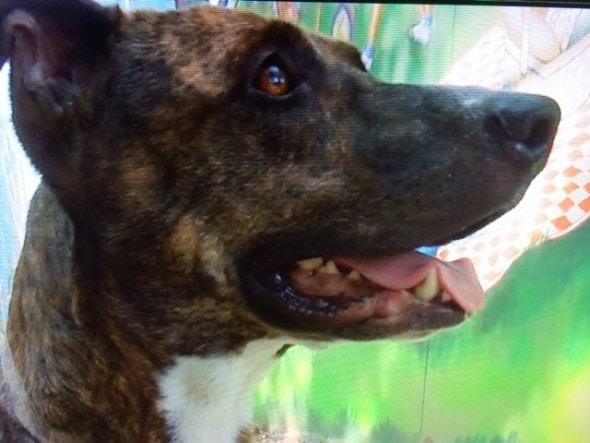