A dog from Sweden is enjoying some well earned notoriety after breaking out of a boarding kennel and hopping a subway train to get home. 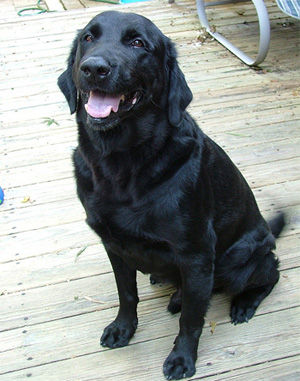 The four-year-old black Labrador, Eira, was dropped off at day kennel in the southern Stockholm suburb of Hökarängen last Thursday, and shortly thereafter, the homesick pooch pulled off the ultimate escape. Evading her caretakers, the crafty canine ran over a kilometer to the nearest metro station, snuck through a toll booth and jumped on a northbound train.

The Dagens Nyheter daily says police and the Eira’s owner were dumbfounded by the dog’s uncanny sense of direction. Not only did Eira manage to board the correct train – she then waited patiently as passengers boarded and were dropped off, making her way home to Gullmarsplan in southern Stockholm, six stations away.

When she jumped off the train in Gullmarsplan, Eira was noticed by station staff, who took the friendly traveler into the station and called police. They tracked down Eira’s owner, a woman named in reports only as ‘Caroline’, who laughed and said, “If she hadn’t been detained she would probably have been waiting for me by the door.”

Eira is resting safely at home, recovering from a minor paw injury suffered when it got caught in a closing subway door. Caroline said she has no plans to board her escape artist in the future.