New statistics from Guragon India highlight the need for a comprehensive overhaul of the city’s stray management policies, and offer a troubling reminder of what can happen when animals bred for domestication are left to fend for themselves. 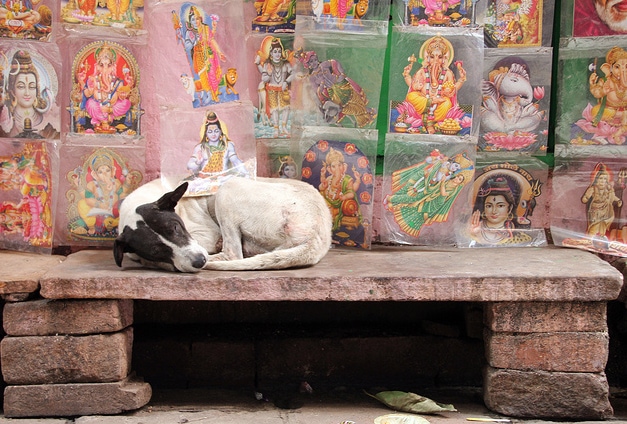 The city of Guragon observed World Rabies Day on Wednesday as more than fifty residents were treated by area hospitals for bites from stray dogs. Dog bites account for 96% of human rabies cases in the region, which is overrun by more than 50,000 stray dogs. On average, city hospitals treat 50-60 patients for dog bites each day.

The main source of this growing epidemic? City residents claim that no agency has been assigned to track or control the stray dog population in the city. They say the dogs have been left to find their own means of survival and that obviously, this policy (or lack thereof) is failing miserably.

The city countered, however, saying that is has awarded contracts for sterilizing strays to two NGOs: Friendicoes and People for Animals Society. Proponents say that sterilizing dog is the most effective way of bringing the homeless animal population under control and ensuring the number of human rabies cases is reduced.

Local experts say that the high proliferation rate of bitches is responsible for the recent spike in stray population numbers: in a life span of about six years, a female stray typically produces 50-60 puppies with a survival rate of around 50%.

“It is the duty of the local bodies to introduce population control and sterilization programs in their areas. The Animal Welfare Board of India extends 50% of financial help for such work. Gurgaon has already started this project in the middle of 2009 and they have sterilized and vaccinated about 18,000 dogs in the city. As per WHO recommendations, once 80% of stray dogs and 100% of pet dogs get vaccinated and sterilized, the propagation of rabies virus can be halted,” said Dr S P Gautam, of Animal Welfare Society Doctor’s  Forum.