Last month, Houston firefighters from Station 51 were surprised when a woman came into the station with a Lab mix puppy that had its head stuck in a tire rim. It took more than an hour and a various rescue attempts, but after all, the hero firefighters were able to safely pull the dog from heavy tire. 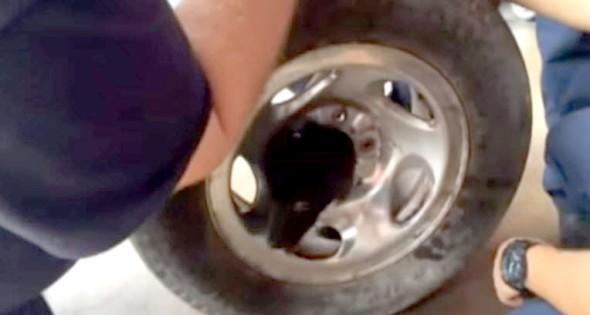 The woman said she found the puppy in her apartment complex’s garbage dumpster, and when she couldn’t free the dog, she went out looking for help.

The firefighters tried gently tugging at the dog, but the pet’s neck was stuck in the rim and it was not giving way. Rescuers then tried soap and water, and even a saw, but the puppy continued trapped. Lastly, the men used the Jaws of Life, which is used to extricate humans from crushed cars, and this was what saved the dog’s life.

Her rescue was captured on video. Watch it below.