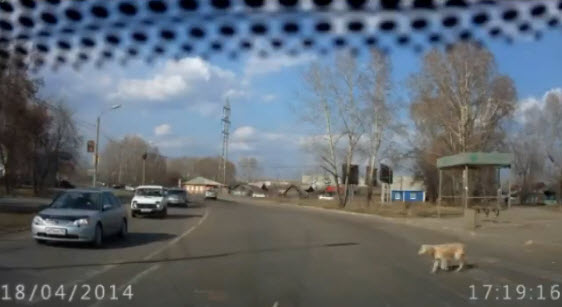 By stopping traffic, that’s how!

The dog had stopped at a cross road, but unfortunately this was not marked. Cars had been passing him by at a semi-fast speed, but the stray kept waiting for an opportunity to get to the other side.

When the driver, who was also recording his day, realized a four-legged friend needed to get across the street, he stopped his car. Oncoming traffic followed as well and the stray safely crossed the road.

What a street smart canine to wait by a crossroad until an animal lover stumbled upon him and helped him get across the road!

Watch the video below or visit Live Leak.