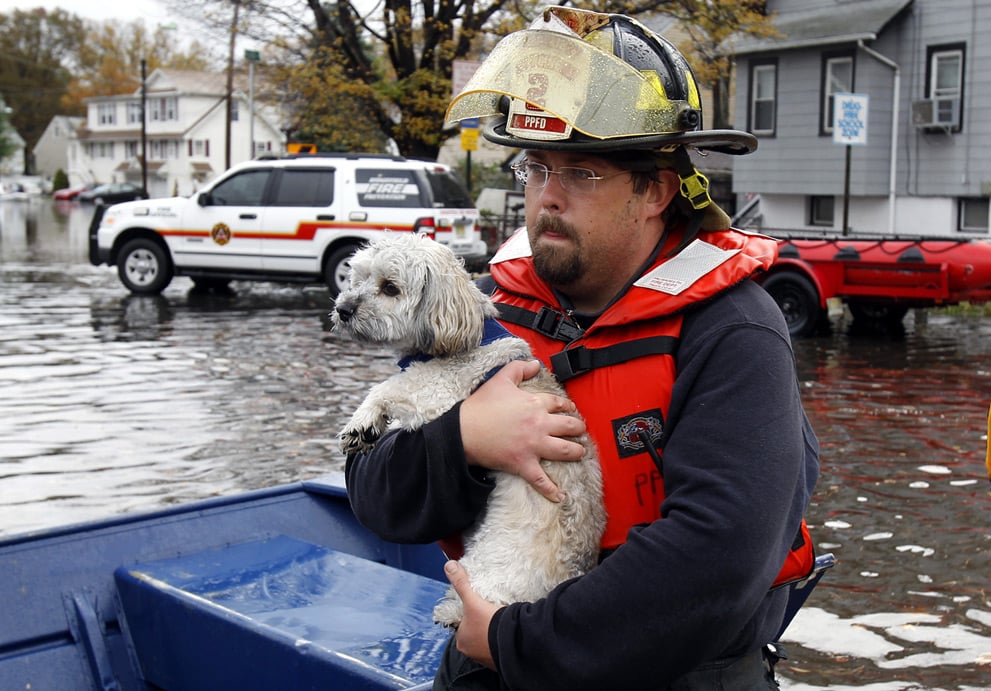 When Katrina’s fury hit the southeastern US in 2005, an estimated 250,000 pets were marooned and strove to stay afloat.  This time, as news of Sandy’s impending disaster broke, people were better prepared.  Many evacuation shelters in Connecticut, New York, New Jersey, Pennsylvania, Delaware, Maryland and Virginia knew how important family pets are and made accommodations for them. 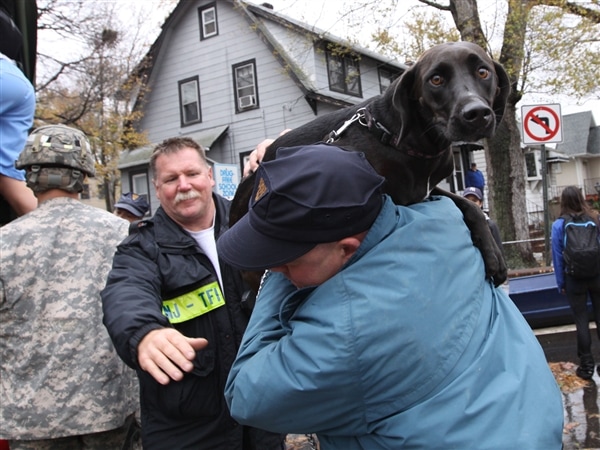 “Up until actual storm conditions started, we had heard of literally hundreds of animal-friendly shelters opening,” said Niki Dawson, director of disaster services for the Humane Society of the United States.  “Pets were either being welcomed at human shelters, or other resources were being provided if human shelters didn’t welcome pets.”

More people are likely to evacuate if they know they can bring their pets to safety as well.  But unfortunately, not all will be safe.  Possibly hundreds of animals have been stranded, either left behind by distraught and distracted, or callous owners, or having run off during the chaos. 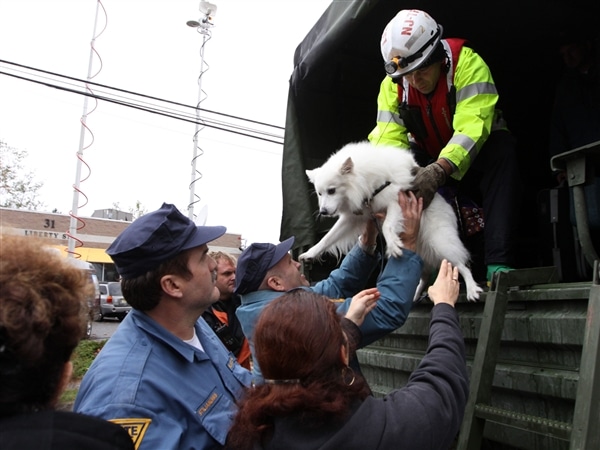 Firefighters and other emergency responders have already begun the arduous, yet rewarding, task of locating, rescuing, and bringing dogs out of harm’s way.

Dawson feels that while the number of requests for help locating missing pets is low now, it will likely increase in the next several days.  Many were well-prepared for the monumental storm, but according to American Humane Association rescue team member Diane Robinson, “some didn’t know where to go, which caused last-minute stress and panic.” 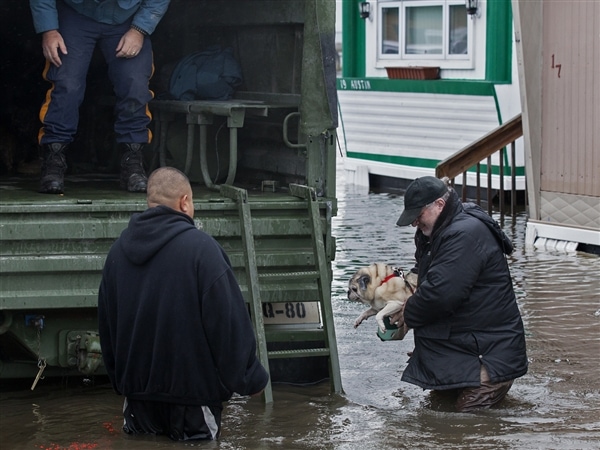 Robinson is working on the AMA’s Red Star Rescue Rig, an 82-foot long truck that is currently helping animals in Pennsylvania.

“Two women arrived at our location in tears and panic after being told to evacuate quickly.  They had a cat and a dog and didn’t know what they were going to do with the animals or themselves.  They cried and profusely thanked us when we said we would shelter them.  We were able to calm them down and reassure them the animals would be fine and they could come visit when it was safe and take them home when they were able,” Robinson said.  “Today they picked up their kitten and dog. They cried as they hugged them and loaded them up for home.  It was a short stay but when faced with the potential loss of your home, knowing your family is being cared for and safe is more important than anything.” 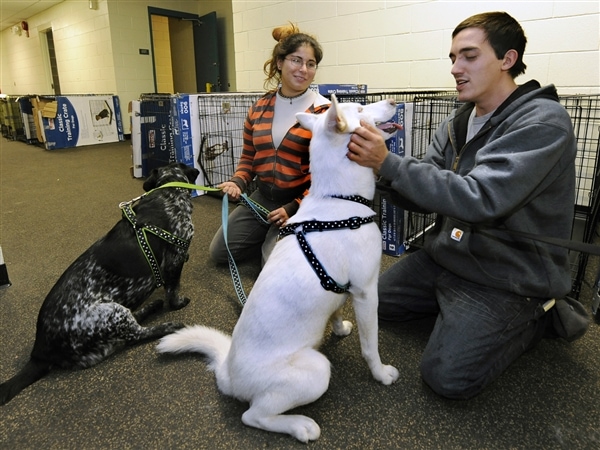 Monetary donations and supplies are needed to help animals affected by Sandy.  The Humane Society of the United States can be reached at (301)258-8276, and the American Humane Association at (800)227-4645. 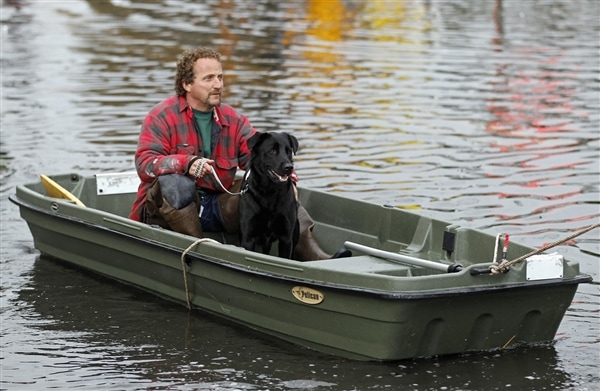