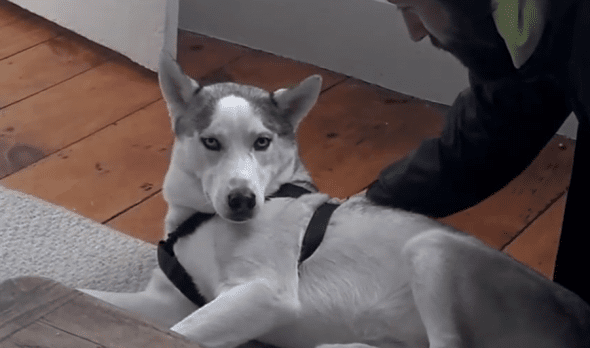 There are those days when getting up and going to work is rough. For our dogs it can be just as hard when we leave and they have to go into their kennels. One husky voiced his strong opposition to “kennel time” in a video that is quickly going viral.

Blaze, an 11-month-old husky, is comfortably lying on the floor when his owner tells him it’s time to go in the kennel. Blaze refuses to budge and makes a noise that sounds much like “no.” Over and over again, Blaze refuses to go into the kennel and voices his disagreement with the idea. The video, uploaded by John Ventrensco earlier this month, already has over 2 million views. Watch the adorable argument over “kennel time.”

3 thoughts on “Husky Says “No” to Kennel”