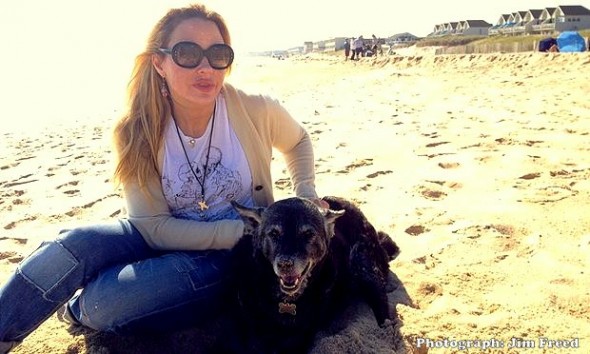 I lost Augusta a year ago. I used to say to her: no matter how much you think I love you, I love you more. So much more.

I met Augusta on 10 September 2003 at the city pound in Harlem. I ended up there after searching for a dog at the Humane Society and the ASPCA, which are all more pleasant. I wanted to love and be loved, so I was looking for any great dog whatever the age. I was thinking some variation on a Labrador retriever, because I was told they were sweet. But really, I supposed I would figure it out.

I fell for many dogs and puppies I met along the way, but for one reason or another, none of them worked out. Some were already adopted, and just waiting to be spayed. They would not let me take a too-strong Akita mix as my first dog because he would end up dragging me down the street by his tether. They wouldn’t allow me have a Dalmatian with a chronic intestine condition that would be too much for someone with no experience.

I walked by many desperate cages; it was frustrating and upsetting. We put people behind bars for murder and mayhem. We do this to dogs for no reason at all. 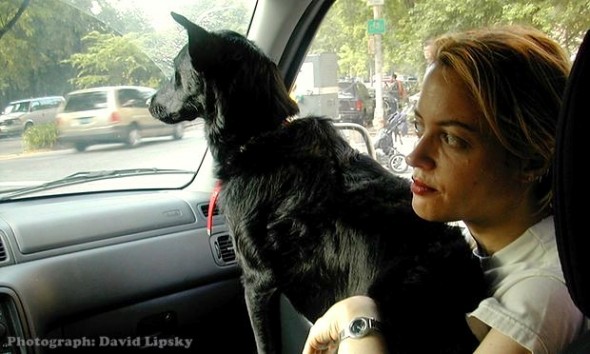 If you want a dog, you have to go through this. Of course, now you can do it all online. But you have to rescue, even if you want a pure-breed puppy. Only bad people buy dogs.

Because I could not find my dog at any of the no-kill shelters, I ended up at the pound. It offers a vast choice, because so many wonderful dogs are abandoned for whatever reason. But it is not for the faint of heart.

Big dogs in small cages. Pit bulls that are going to be put down. Pure-breed cocker spaniels and basset hounds whose owners lost interest. Victims of evictions and foreclosures. There is a whole section of nothing but toy dogs – yorkies, teacup poodles, pomeranians – that were unwanted gifts. And then there are all the inexplicable strays, dogs of every breed and mix, found on the shoulder of the highway because someone decided: I don’t want you anymore.

It is the museum of human error. The dogs are excellent; it is the people who have failed.

As I was walking through, I saw Augusta out of the corner of my left eye. She pulled my eyeball her way, up to her top-row cage. She looked at me, chin down, eyes up, lids fluttering: she was flirting with me. Her eyes were huge almonds against her black plush fur. She was lovely. She looked like Audrey Hepburn.

I heard her say: this is a terrible mistake. I don’t belong here. Take me home.

I could tell that she knew I have a dark heart. I am not for everybody. But Augusta got me. She understood about sorrow, and all the things no one can explain. It was magic. There is no substitute for magic.

I took her out of the cage, and she rolled over for a tummy rub.

She had already been spayed, and the attendant thought that it might mean that someone else had adopted her and was coming to get her. I sought out the nearest exit while he went to check.

She was my dog. I was her person. If need be, I would make a run for it. 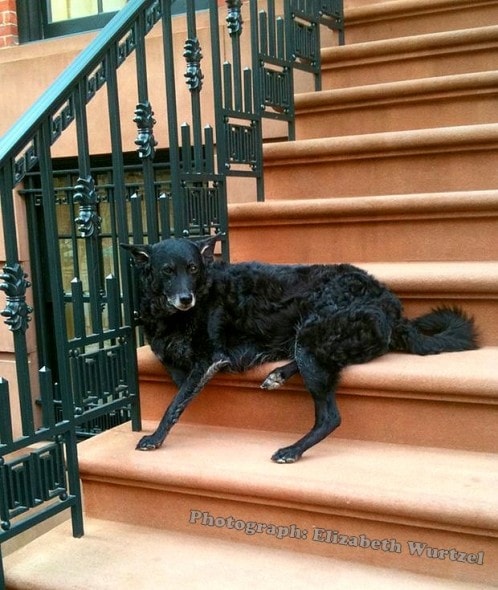 It turned out, no one else had adopted Augusta. Of course not: she was waiting for me. She was two months old when I brought her home, and she needed me the way blood needs veins. She was wild. She was impossible.

I am impossible. Augusta rescued me.

I was 36 and a diurnal wanderer. As a professional writer, I mostly had nothing to do but avoid what I was supposed to be doing. Writers are like everyone else: we work with our hands. By putting fingers to keyboard, we create, with or without inspiration, because those of us who are any good know it is a job.

But it is hard and daunting, and so I was peripatetic within a diameter of a few miles. I loved walking downtown Manhattan and stopping for coffee and buying ridiculous things I did not need or even want. If it is possible to spend $200 on a tin of tea, I am sure I did it. I was in a trance.

I lived alone in Greenwich Village and had many friends, but was a million light years away from marriage and whatever happens next. I thought about these things all the time, because of course I wondered what was wrong with me that I was not close to being serious about relationships. If you aren’t wondering these things in a world obsessed with love and marriage, that is the only thing that is wrong with you. The rest you will work out when you are ready.

And maybe you will meet Augusta.

She was consuming. She wanted to do everything. I was afraid she was going to want a subscription to the ballet at Lincoln Center. She was busy. She wanted to walk all the time, and once we started, she did not want to stop.

She made me cry. Early one morning, I broke down. Work with me, Augusta, I pleaded. She did not care. She wanted to walk more.

It is lucky puppies are cute, because they are awful. They eat shoes. They eat Prada shoes. You cannot get angry at them for doing that: it is your fault for not putting your shoes in the closet.

And puppies decorate with toilet paper.

And they need to go out every couple of hours.

So much for sleep.

So much for being a thirtysomething teenager.

I changed my life.

There are things that you can only explain by love. If it does not make you a better person, it is not love. And so we grew up together. She became a lady. My best friend. I took her everywhere. If I could not take her, I did not go.

In the time Augusta was alive the world changed. Everybody came to believe that their dog was a member of the family. People became better pet owners. But I was still the only one bringing Augusta to dinner parties and to tea at Yale. I know everyone thinks that of course animals are the greatest thing ever, but they also believe that you have to work it out with people. 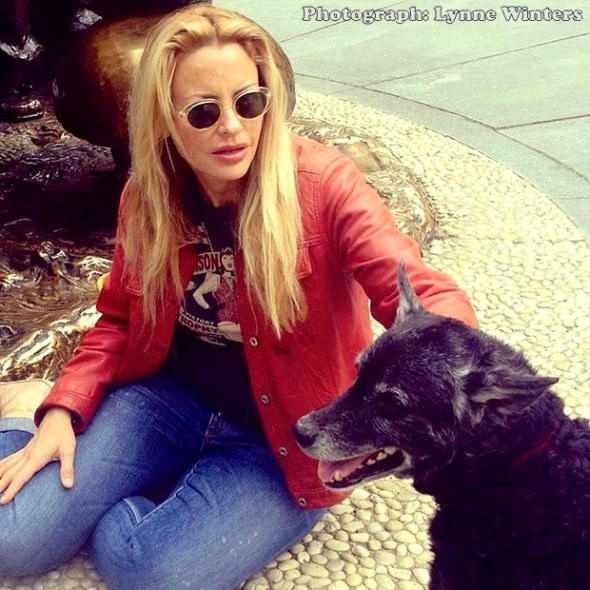 What is so great about people anyway? We mostly forget to say please and thank you, and that is the easiest part of being decent. We lose track of friends we love, friends we completely adore, because they move and not far away, but to the next borough, and we are creatures of convenience aren’t we?

Oh yes we are.

With all the technological means to communicate in so many ways, we settle for whoever is nearby. But we still mostly email with the people we work with, because even walking down the hall to see them in person is too much. And then we complain about social media, which was only invented because we suck.

Yes, people are lousy. I learned a lot about human nature, because I had breast cancer in 2015. I was frail, I was withdrawn, and I lost people. People forgot about me. People forgot to ask. At first everyone sends bouquets, but flowers die. Cancer is not contagious but all disease feels catchy, the atmosphere is pungent with sickness and it might just mug you. I had a friend I saw almost every day, but after I was diagnosed with breast cancer, I never saw her. Where did she go? Where did everybody go? My world got so small.

Dogs do not give up – even on the owners who treat them badly. What a gorgeous persistence.

Augusta looked me directly in the eye with the intensity of the wolf she descended from. Human beings don’t do that. Human beings have too much to be ashamed of.

Augusta walked with me without a leash. In Greenwich Village, people loved seeing the black dog being followed around by her blonde owner.

Augusta would not go out with anyone else without me. She could not be separated from me. She was a herding dog and her job was to mind me. She made circles around me.

She is still with me.

She is the best thing that ever happened to me.

She is the love of my life. I am so sorry for the rare times we were apart, because I could never have had enough time with her. I will never love anyone the way I love Augusta. It was about a time and place and situation that only could have happened with Augusta, who I love so much and too much.