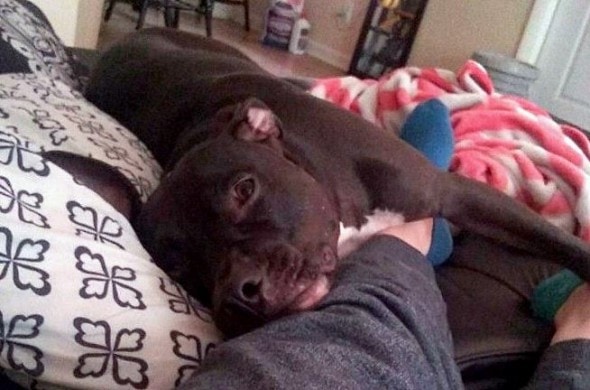 UPDATE: Megan has taken Tracker to see several veterinarians for consultations and the fees continue to be quite high.  However, the fundraising has been going well and Megan and Tracker want to express their thanks for all who have helped and all those who continue to come forward, and greatly appreciate all the prayers and good wishes.  It is still a struggle, but Megan is keeping her faith.

Megan Hendershot admits to being extremely stressed out trying to figure out how to get this crucial surgery for Tracker.  She is doing her best to keep her faith up, but it is waning quickly.  Financially, she can’t afford the knee surgery needed by her precious pup. Every day she looks at him, unable to go outside and be a regular dog, and it is crushing her.  “This surgery would mean Tracker can get out and live his life like a normal puppy. He has been unable to go to the park and play due to this injury. I feel so badly looking at him and having to keep him in the house because of his leg.” 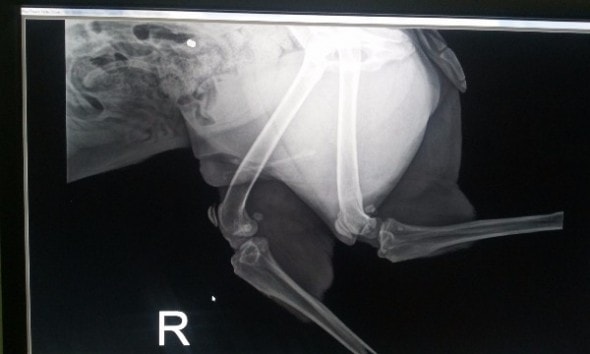 She also received confirmation from Mid County Veterinarian Hospital today (Saturday) that Tracker also has issues with his other knee, as well.  Megan has started a GoFundMe Campaign for his surgery as each knee operations will run between $1200-1300.  “I chose Tracker because when I walked into Peggy Adams Animal Rescue he touched my heart immediately.  He was a nine month old black and white Pitbull, but only weighed 25 pounds and was malnourished.  He was the sweetest dog I had ever seen.”

Megan went to Paws 2 Help to get x-rays on Tracker’s legs because he was walking funny. His patella was popping in and out of place with the excessive rubbing wearing down the cartilage and the bone rubbing against bone, causing a great deal of pain and stress which will eventually result in arthritis.  She is hoping that she can raise the funds to help her best friend get the surgery he needs so desperately. 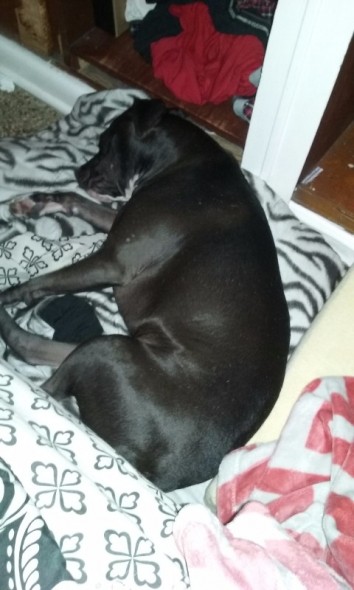 “Tracker means the world to me.  He is the first dog I’ve ever owned and is such a huge part of my life. He has been there for me when I was lonely and, when I needed a friend, he never left my side. He is like my child. I will do anything to make this happen for him so that I can see that spark in him again.” 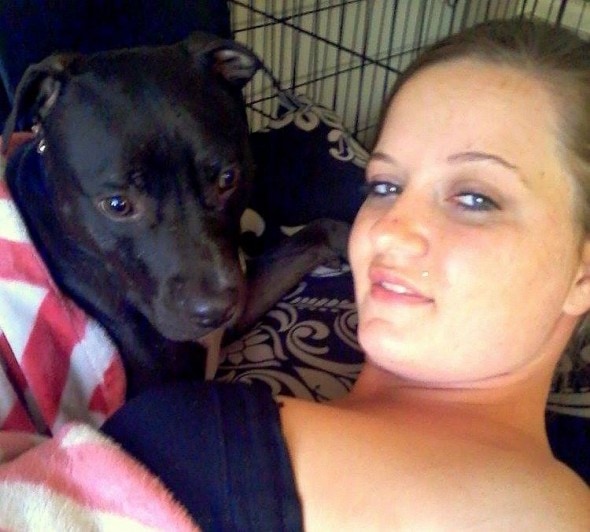