Being a celebrity doesn’t make losing a beloved pet any easier. Rapper/actor Ice-T and his wife, Coco Austin are mourning the loss of their 6-year-old bulldog, Spartacus. The pup reportedly passed away after experiencing complications following knee surgery. 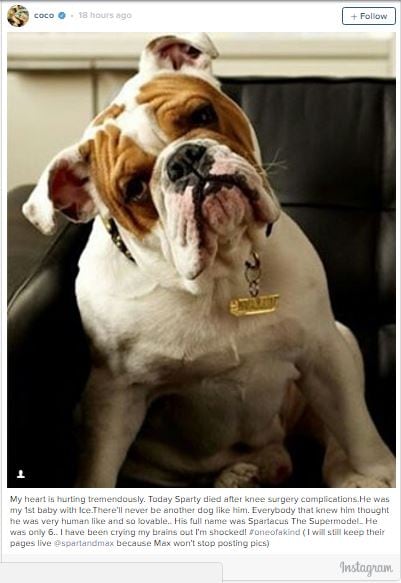 “My heart is hurting tremendously,” Austin captioned in an Instagram photo of their deceased dog. “Today Sparty died after knee surgery complications.He was my 1st baby with Ice [sic]. There’ll never be another dog like him.”

Ice T also addressed the loss on Twitter, writing, “Terrible News: This morning I lost my Best Friend.. Spartacus died from a complication after surgery.. He had cancer in his knee.. So sad.” 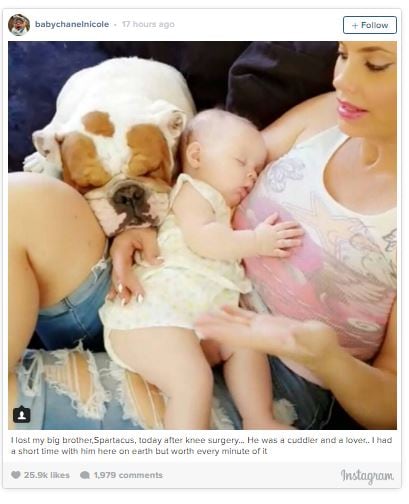 Spartacus and their other bulldog, Max, were often seen alongside their celebrity parents in papparazzi an social media pics. Just days earlier, Austin shared a photo of the pair hanging with Ice-T on Thanksgiving. 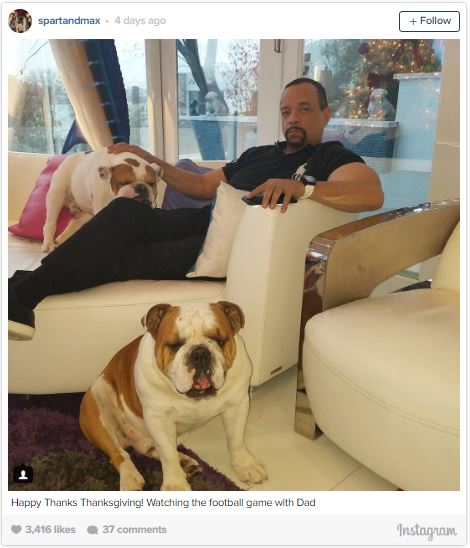