In February, Filer, Idaho police officer Tarek Hassani shot and killed a service dog named Hooch who had gotten out of his yard and was barking.  Despite massive public outrage, the police department decided his action was justified.  Now angry residents are calling for the recall of the Filer mayor and entire council.

Hassani was called to the residence of Rick Clubb for reports of loose dogs.  A birthday party was being held for Clubb’s nine-year-old son, and the dogs had gotten out of the yard. 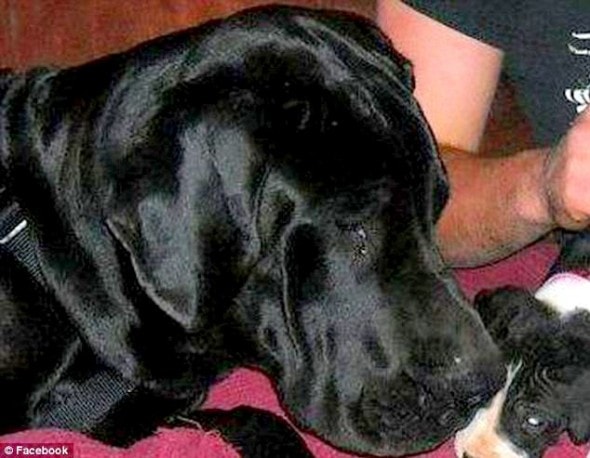 They were barking at the officer, who instead of staying inside his vehicle and honking the horn, or putting on the siren and lights, or doing anything else to alert the homeowners that their dogs were scaring him, decided to continue approaching the dogs, who were clearly barking to defend their property from what they saw as an intruder.

Hassani kicked at Hooch, the less “aggressive” of the two.  Hooch was going to be feeling even more defensive, but still did not attack.  It is ONLY because he did not allow the officer to proceed to the door without being barked at that Hassani shot him.  The officer then knocks on the door and argues with Clubb.

“My decision was that [Hassani] did a good job and was totally justified in putting the dog down,” he stated.

Because of a barking dog??  What kind of police department is this, that they’re so afraid of people’s pets that they’d rather shoot them than step back and think about the situation before just firing off a round, ending the life of a valued family member?  Clubb has Parkinson’s disease, and Hooch was his service dog, but even more than that, a companion.

The police department of Nampa, Idaho also sided with Hassani, but questioned why he didn’t stay in his vehicle, call the dogs’ owner or call for backup. 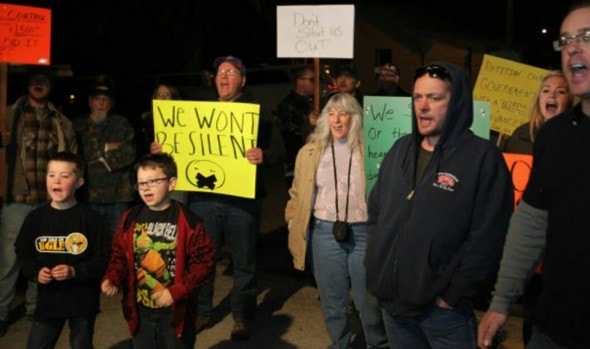 “He didn’t have to pull out his .45 and shoot my dog,” Clubb said. “It was right outside my son’s bedroom. What if it had ricocheted through the window?”

This isn’t the first time Hassani has been in this situation.  He shot a dog while on the job in Alaska and was cleared of any wrongdoing.  He was brought on by the Filer department, who had knowledge of the incident, and still believe there is nothing wrong with his “think first, apologize later” reaction to loose dogs.

There was a city council hearing to determine whether or not Hassani should lose his position on the police department.  Despite a number of citizens’ protests, the council felt he should remain on the force. 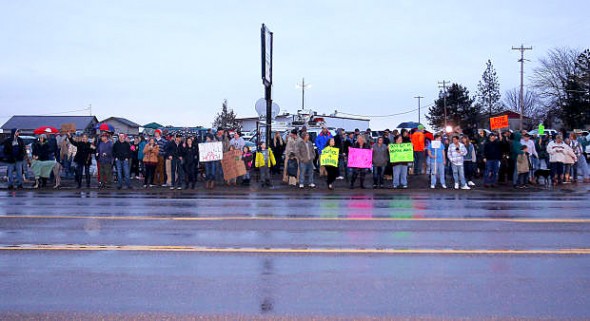 “I don’t think this is simply a case of a dog being shot,” Filer resident Cynthia Black told council members at the hearing. “This is someone who is out of control, someone who cannot control his actions. [Hassani]’s a loose cannon.”

Hassani returned from “administrative leave” last Saturday, exactly two months after the shooting.  This rekindled outrage in Filer residents, who are worried about having a trigger-happy cop there to “protect and serve” them.  They don’t feel the city is doing their job of protecting them, just the police who aren’t worthy of a badge.

Now citizens are petitioning for the recall of Mayor Rick Dunn and the four city council members.  Each petition met the required 20 signatures, enough to initiate an official recall petition.  Organizers have 75 days to get 201 signatures, which will prompt a recall election. 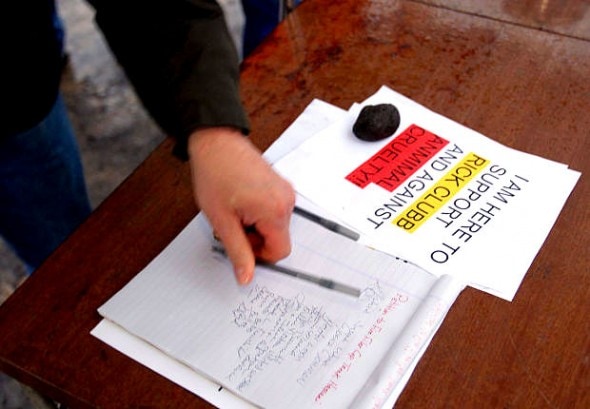 “I just think there [were] other ways to handle it besides shooting my dog and firing a gun right in my front yard when we were having a birthday party and there were kids around,” Clubb said.  “Maybe I deserve a ticket, but I don’t deserve a dead dog.”

He is planning to sue the city of Filer, as well as police chief Reeves and officer Hassani.  Because of all the publicity surrounding this incident, an eight-hour training session on how to deal with aggressive dogs is now being required for Filer police.  Officers from other nearby towns are planning to attend.