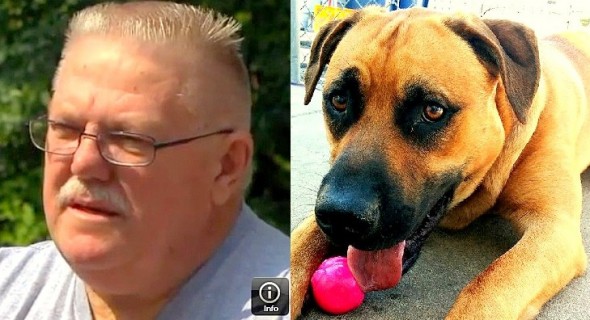 Hometown police officer Robert Norris has been fired for shooting one-year-old German shepherd/pit bull mix Apollo in front of his owner and her six-year-old daughter.  Norris is still defending his action, but Chief Charles Forsyth terminated the officer’s employment over concerns of a lawsuit.  Apollo’s family is now pursuing a criminal case against him.

Nicole Echlin, one of Apollo’s owners, said the adventure-seeking dog got out of their home last week on Friday afternoon.  By the time police arrived, Apollo had returned home and was in his front yard.

“I walked over and I tried to call him inside. The police officer had his gun out already,” Nicole said.  “He started showing his teeth — that’s when the officer shot him.  I didn’t know that was going to happen.”

Nicole’s six-year-old daughter saw Norris shoot Apollo, and fell to the ground screaming.  She rushed her daughter inside. 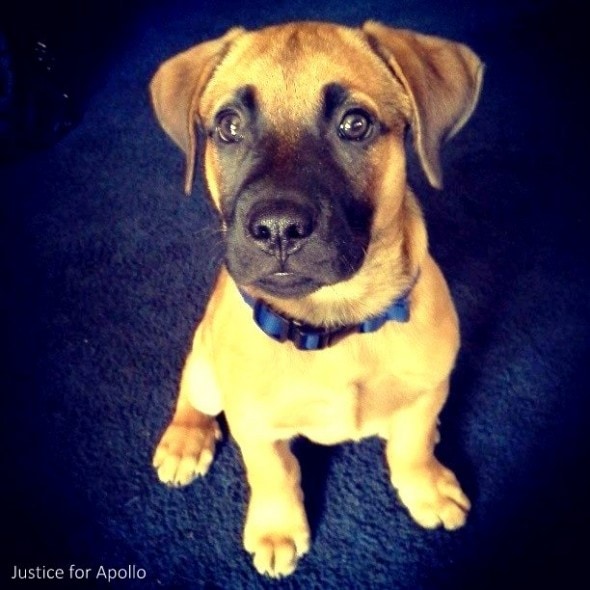 “That’s going to be in her head probably forever,” she said.

Apollo was in his own yard, and seeing the officer in a menacing position, made it known that he would protect his family from this threat.  He didn’t charge, but was standing stock still long enough for Norris to take aim and shoot him directly between the eyes.

“The dog wasn’t doing anything. I didn’t see it doing anything, it wasn’t barking,” said neighbor Nicco Torres, who saw the whole incident from his window. “Then I saw a cop shoot the dog, the dog fell to ground on the lawn.”

Apollo was rushed to a Chicago veterinary clinic and given a 15 percent chance of survival.  Sadly, he died the next morning.

“I did what I needed to do,” Norris said.  “I knew I was about to be the recipient of a dog bite.” 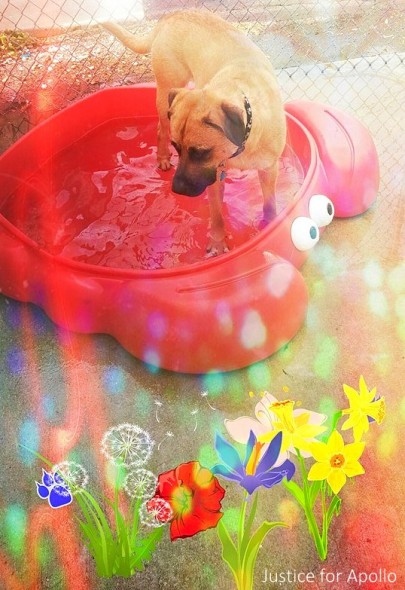 “I’m heartbroken. That was my best friend. It was also my niece’s best friend (and she is) traumatized,” said Kristy Scialabba, Nicole’s sister.  “It should have never happened and I just want justice.”

After having his department flooded with phone calls and emails demanding justice, Chief Forsyth decided to fire Norris. The officer says his chief told him the city was afraid they were going to be sued by the dog’s owners.  However, this does not prevent him from gaining employment as an armed officer elsewhere.  If he is hired in another jurisdiction, perhaps he will think twice before using deadly force on a pet.

“Although the Officer may have been justified under the Illinois Use of Force statute governing deadly force, I have made the decision to terminate that Officer’s employment with the Hometown Police Department.”

A bill was passed in Illinois that was enacted on January 1, 2014 which added an amendment requiring police training on how to subdue a dog in a nonlethal manner.  It specifically states:

While Forsyth has now agreed to require all of his officers take the training, Norris has still not been charged with animal cruelty, so Apollo’s group of supporters is having a protest at the State’s Attorney’s Office on Sunday.  Without much business being conducted on Sundays, many are wondering why it is taking place then, but most of the supporters planning to attend work during prime weekday hours.  This is only the first step, and additional protests are being planned.  They are urging dog and justice lovers to call the State’s Attorney’s Office at 1-312-603-8600 to demand that Norris be charged. 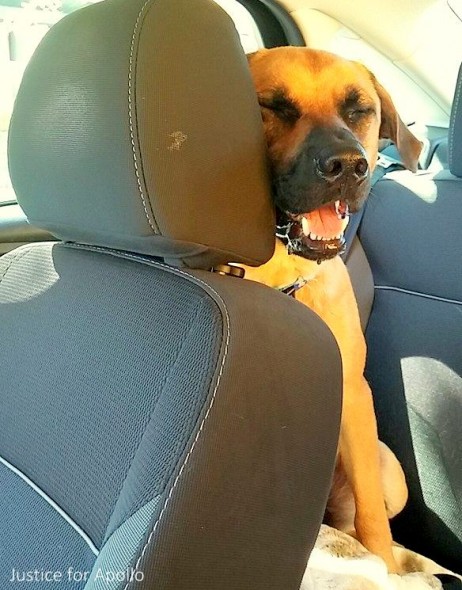 “Government and police have gotten to the point where they cease to serve the citizens and believe everyone is here for their convenience,” says Richard Bruce Rosenthal of the Lexus Project.  “Between the civil-asset forfeiture laws, which have now become big business for police departments, and the civil rights violations in just so many different areas, it’s become really a problem. We are developing an American Gestapo.”

He says (by law) a pet is person’s property, which should not be peremptorily executed for doing what comes natural to them, and is part of the reason humans domesticated dogs – they are protective of us and investigate unknown people and animals who approach their territory.

“Whenever and wherever this happens, people are horrified at the reckless use of police power, but basically (police) ignore it in the name of security.  The only way it’s going to be reformed is if more and more people get lawyers and litigate. And people need to petition their state legislature to make them responsible. If pet owners would band together and say ‘we’re going to vote them out of office unless they start protecting us,’ things would change.”

A gofundme page has been set up to raise money for legal fees in the fight against officer Norris in the pursuit of justice for Apollo.  If you’d like to contribute, please CLICK HERE.