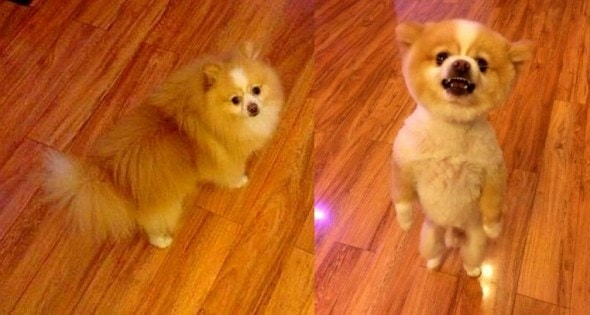 This story might be a hoax, but because we have no way to disprove it, we’ll just go on record by saying it’s probably one of the weirdest ones you’ll see today:  a Pomeranian named Jin Dan was so traumatized by having to be groomed for the summer that he walked on just his hind legs for two days! 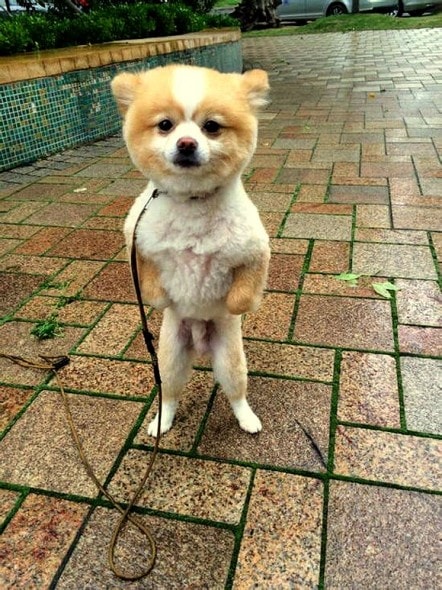 Following his summer haircut, Jin Dan went bipedal as a form of protest – inside and out.  When he got tired he’d just lean against a wall. 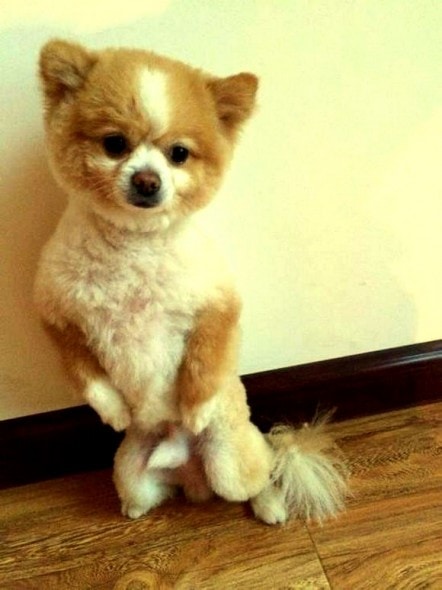 His owner took to the internet to ask other dog lovers about his odd behavior.  Maybe he felt too naked, so she put clothes on him for walks.  It didn’t help, and they wouldn’t stay closed because of his posture. 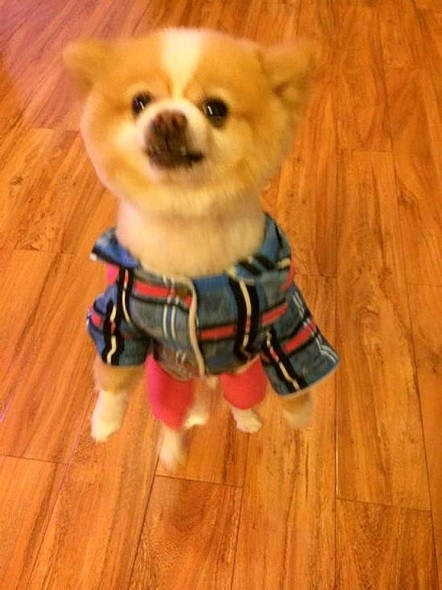 Then she brought him to a vet, who told the woman that he was “psychologically affected” by the new look, and that they should spend some quality time together. 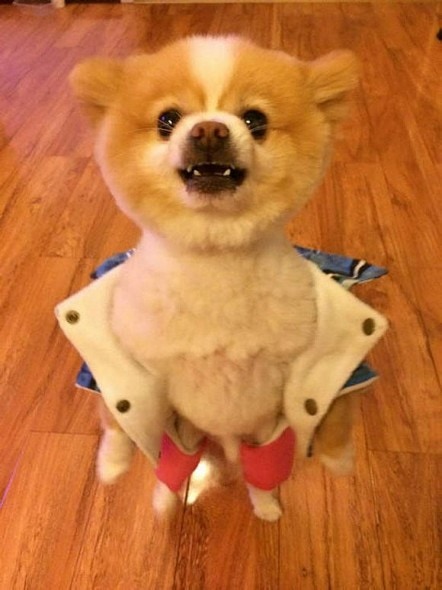 Eventually Jin Dan went to walking around like a normal dog, but not before his human could get some hilarious shots in! 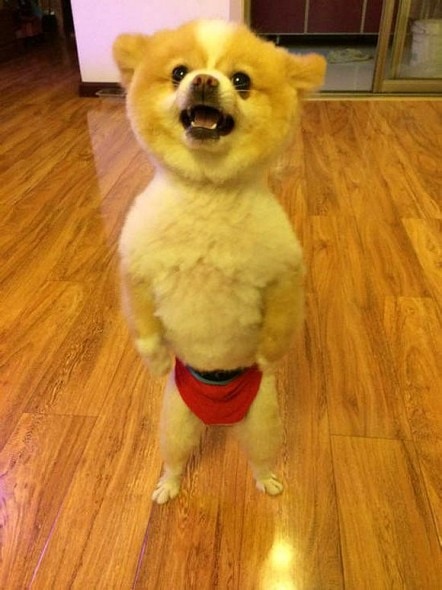