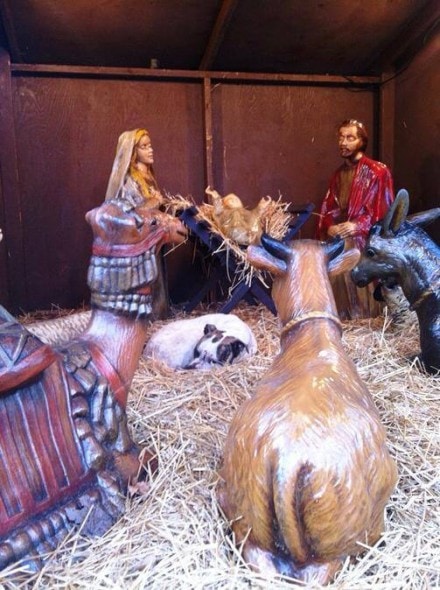 Last Friday someone spotted an addition to their Ohio town’s nativity scene – a sleeping pit bull. The injured dog sought shelter in the nativity scene’s manger. Now the dog, named Gabriel, is in the care of a foster family.

Officials in Glendale, Ohio responded to a call about a sleeping dog in the nativity scene and found him with injuries to both his eye and leg. They secured him and took him to Noah’s Ark Animal Clinic to be treated.