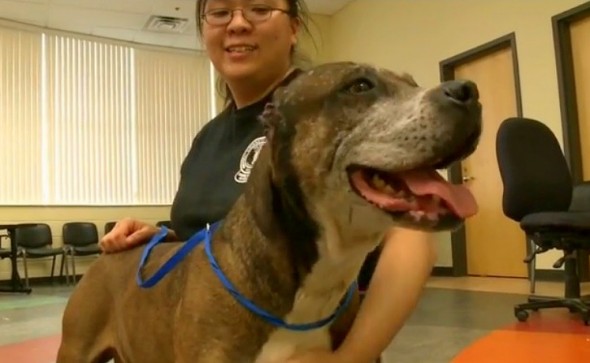 Police in Lilburn, Georgia are searching for the person(s) responsible for abusing a dog that sought help in a CVS pharmacy last week.  The pit bull is currently recovering at the Gwinnett County Animal Shelter, who is hoping a rescue will step up to take him in and prepare him to find a loving home. 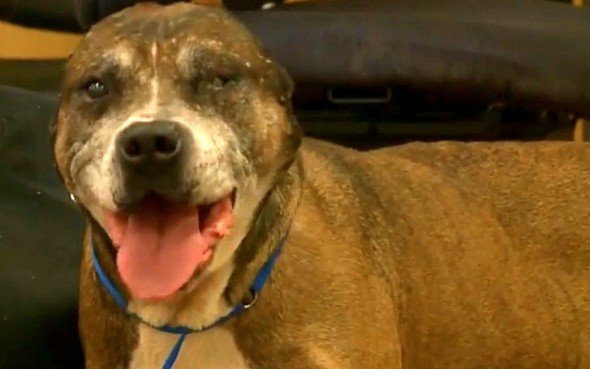 He wandered into a CVS and made his way to the pharmacy.  Police were called to report abuse to the dog, who was missing both ears, had a scrape across the top of his head and suffered damage to his left eye.  The pit bull mix, who is about seven years old, is well-nourished and he is not believed to have been on his own for long, but police suspect his injuries were intentional.  (No kidding!) 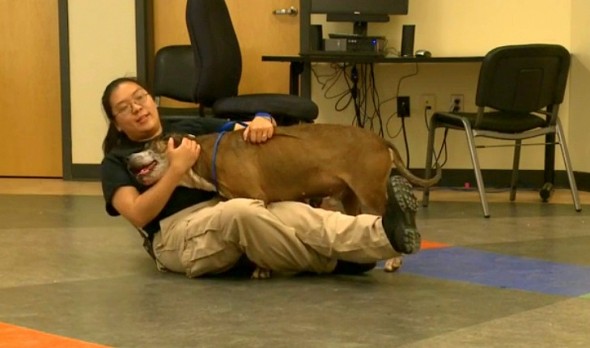 Veterinarians believe the “From the opinion of the first vet that took a look at him, and the folks here that work with the shelter, it is abuse,” said Gwinnett County Police Corporal Jake Smith.  “We’re going to have a forensic vet look at him tomorrow and we might get a little more detail on the nature of the injury, but on the surface it does seem like it’s an abuse case.” 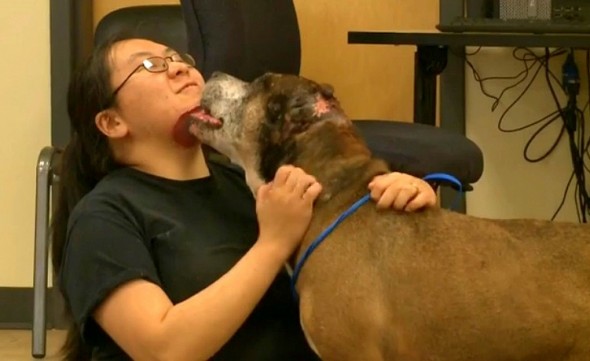 The dog is on antibiotics and painkillers and is expected to recover.  Despite his horrific ordeal, he remains ever loving and gentle – full of hugs and kisses.  Cpl. Smith says he is not available for adoption at this time, but is hoping to see a rescue group take him in.  Any interested organizations may call 770-339-3200.

3 thoughts on “Injured Dog Seeks Help in a Pharmacy”