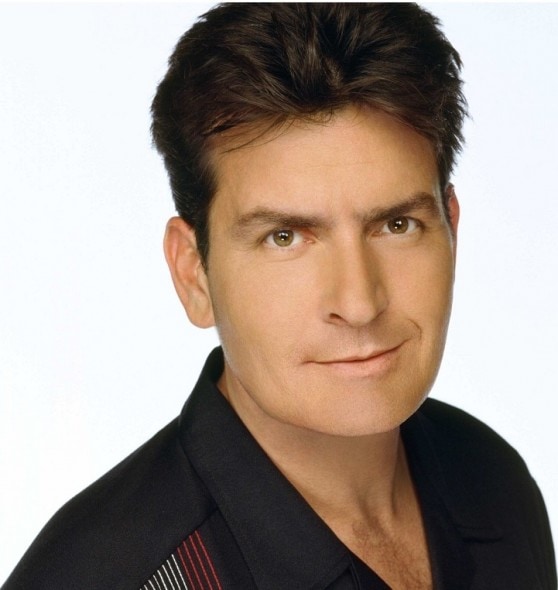 Back in February, we brought you the story of Teagan Marti, the injured 15-year-old girl slated to receive a companion assistance dog thanks to Charlie Sheen.  Recently Teagan and her mother Julie flew from Florida to Wisconsin to meet her new dog.

Teagan was tragically injured on a free fall ride that was not set up properly.  The net that was supposed to catch her was not raised when she was released, and she plunged 100 feet to the ground.  The then 12-year-old girl suffered injuries to her skull and pelvis, and 10 fractures in her spine.  After three months in a hospital and with years of physical therapy, Teagan is able to move about with a walker.

“When she was brought into the hospital we didn’t think she would last the night,” said nurse practitioner Lynn Sears of American Family Children’s Hospital in Madison. “Doctors also thought she’d never walk again, but she defied all odds.  She is a true miracle,” Sears said.

The Martis wanted to get a service dog for their daughter, but could not afford one.  Family friend Lucia Wilgus put the word out to Benedictine Brother Steven Cardinal, the godfather of Charlie Sheen, and the celebrity instantly offered to help.  He sent Teagan’s parents the $6,000 needed for the dog, and an extra $4,000 for any additional costs.

“I simply sent a letter to Charlie,” Cardinal said.  “He’s like that, a spur-of-the-moment guy if this dog would help someone else and he could be part of the process. 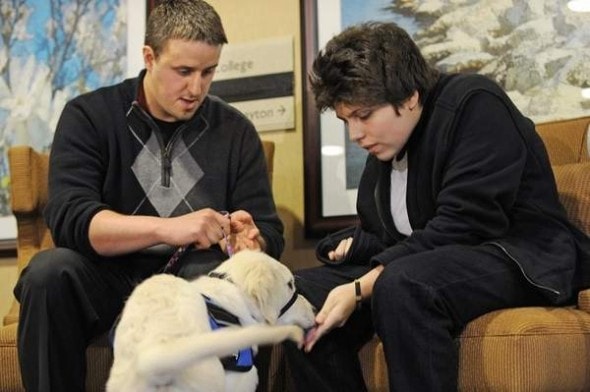 Now for the first time, Teagan was able to meet the dog she named Charlie.

“I’m really excited to finally meet her,” she said.  “I’m just happy to have a friend to help me out.”

“Charlie walked up and laid her head on Teagan’s lap.  I was speechless,” said Jake Guell, Charlie’s trainer.

Since Teagan’s insurance plan no longer covers her physical therapy, having Charlie will be a tremendous help.  He has been trained to open doors, pick things up and keep her steady while they walk.

“Teagan has always been very shy, so Charlie will take the attention away from her and this will be a good thing,” Sears said.

Charlie will have finished his training by September and then Teagan can have her new friend for good.