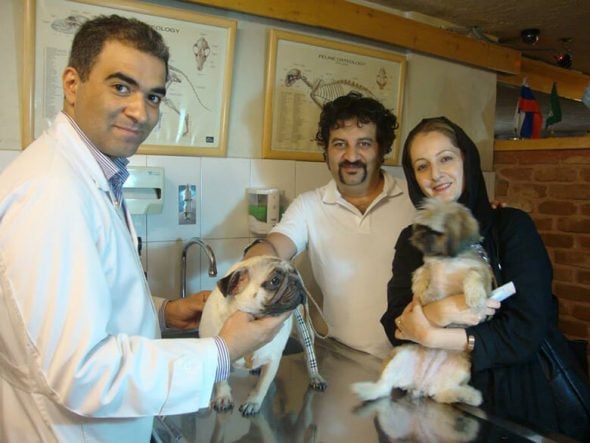 Giving a bit of love to a street dog wouldn’t seem like a big deal in most places, but in a country that sees dogs as “impure,” just taking one for a walk puts an owner at risk of arrest and a public lashing, and extermination for the pup.  Veterinarian Payam Mohebi is running for a seat on Tehran’s city council to change that.

There are 21 seats on the city council, and Mohebi has campaign posts around the city featuring him posing with a street dog.  He knows this is putting him at risk of serious repercussions, but is willing to sacrifice his safety for the rights of animals.

“I’m doing this so that one seat in the City Council will be for the animals,” he said.  “They live with us, we love them – they have rights too.”

Over 8,000 candidates are running for the positions, and unlike in national elections, which only see conservative entrants passing a screening process by the Guardian Council, they are vetted by the Parliament, which currently has a slight majority of reformists and moderates.

“The educated middle class and urbanites are emerging and asserting themselves for the first time,” explained political analyst Farshad Ghorbanpour.  “The City Council is a venue for seeing the real Iranians who want to change the quality of their lives.”

Quality of life is what Mohebi is all about.  He opened Tehran’s first pet hospital in 2002, and is now in the stages of opening a 10-story clinic, set to be one of the largest in all of the Middle East. 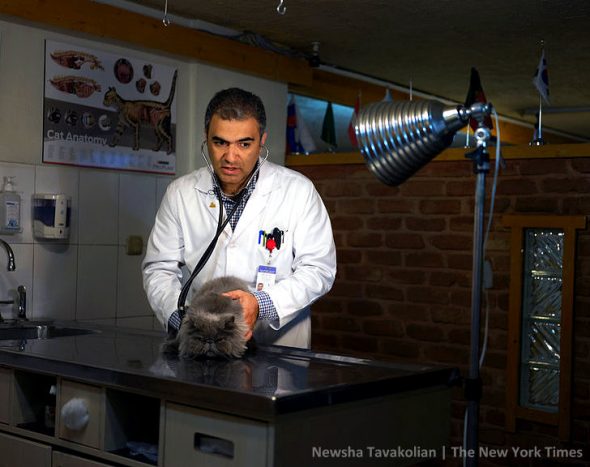 “People said I was crazy, but I saw change coming.  Iranians wanted pets,” he stated.

Citizens have more money and freedom and are paying more attention to social rights than they were 15 years ago, but the laws have yet to reflect the wants of the people.  Though it is legal to have guard dogs, they are not supposed to be allowed inside.  Dog owners face fines of $2,500, 60 lashes, and having their pets killed.  Many opt for smaller breeds that are more easily hidden, and people walk their dogs at night to escape being seen.

“We have one million pets in this city – what are they thinking?” Mohebi asked.  “There is a massive gap between our politicians and us.”

He is already seeing a number of local followers on social media service Telegram.

“I love Payam, because when he gets elected I can walk safely with my dog,” Behnaz Mehdikhani posted.

If elected, the vet would work to abolish pets being euthanized.

“We should have special parks for dogs instead, like we have special women-only parks for women who want to go running without their Islamic scarves.”

“In Iran, our leaders often say that the one real red line we can never cross is our establishment,” said Housang Shahbazi, another council candidate who is better known as a “hero pilot” for safely landing a Boeing 727 after the landing gear jammed.  “I say the only red line we cannot cross [is] our people.  We matter most.”