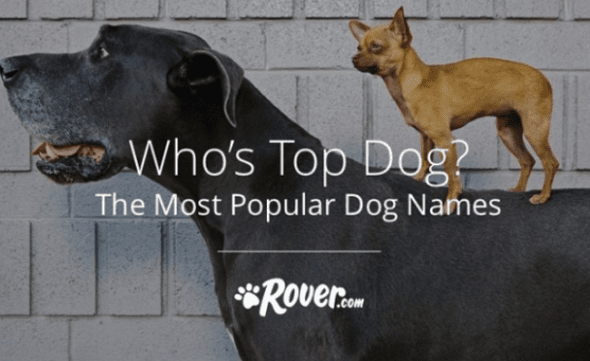 What do names like Dobby, Beyoncé, Khaleesi, and Jack, all have in common? According to Rover.com, they are some of the hottest dog names of this year.  This is the fourth annual report for the site which is the nation’s largest network of pet sitters and dog walkers, and they have compiled some fantastic data that culls top overall names, those that appear swayed by today’s culture, food, technology, and, of course, politics, among others.

Here’s what they have to say:

“Decades ago, dogs were simply our pets and the names we chose for them, like Spot or Rover, demonstrated that. As that relationship has evolved, ‘pet owners’ have begun to think of themselves as ‘pet parents,’ and dogs are part of their families,” said Rover CEO, Aaron Easterly. “As the bond between people and their pets grows, we’ve seen a shift in how pets are named. The way we name them, sheds light on that unique human-dog relationship and reflects our personalities, cultural trends and the things we’re passionate about, from politics to celebrities.” 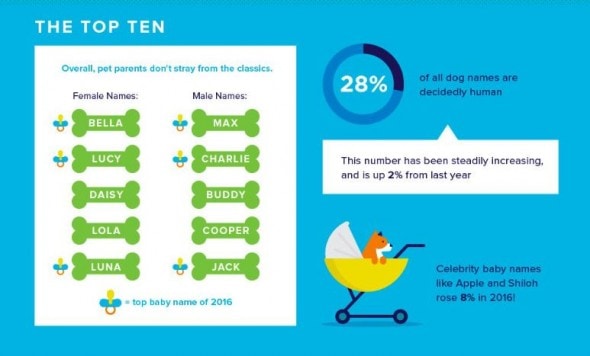 According to a Harris Poll survey, 95 percent of pet parents consider their dog a part of the family, so it’s no surprise dogs are named more like human family members than pets. In fact, 28 percent of dog names are decidedly human, a number that has been steadily increasing over the years, and is up 2 percent from last year.

Pet parents often look to popular culture for inspiration when naming their dog. A recent survey of dog owners found 53 percent, including 75 percent of Millennials, named their dog after a movie or TV character, book character or celebrity. 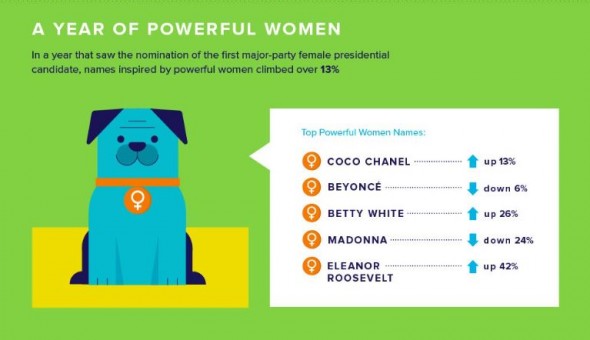 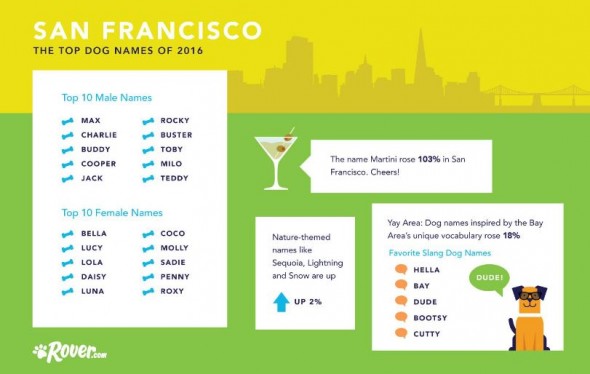 As human names rise in popularity, there’s been a steady decrease in “cutesy pet names” for dogs, like Pookie and Snuggles, since 2014. This year, “cutesy pet names” decreased nearly 5 percent. Likewise, “classic dog names” like Fido and Sparky are falling fast, steadily declining a few percentage points each year, and falling 9 percent from 2015 to 2016. 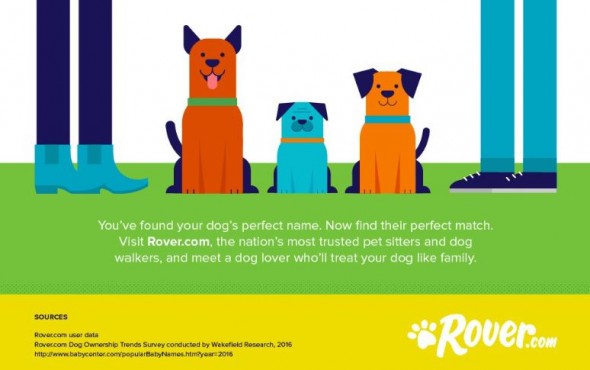 And to make things even fun, Rover launched the Dog Name Generator. Input the requested information into the generator and Rover’s database will give you the perfect name for your dog!  Visit www.rover.com/my-dog-name to find yours and https://www.rover.com/blog/dog-names/ to read more.