A movement spawned by outrage over the treatment of research animals inspired a group of Italian animal activists to eschew negotiations with a research breeding facility in favor of a more direct approach: pushing past police, protesters swarmed the compound Saturday and freed the dogs from their cages. 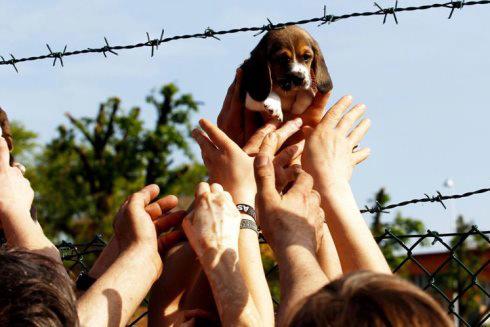 Breaking through fences, activists made their way inside the farm and opened the kennels, taking away puppies, pregnant dogs – any they could find were released. Dogs were passed over fences and rushed away by advocates determined to spare them from a life of suffering.

It is estimated that approximately 1000 protesters overwhelmed police en route to Greenhill Farm, a commercial breeding facility known for supplying research labs with as many as 250 dogs each month.