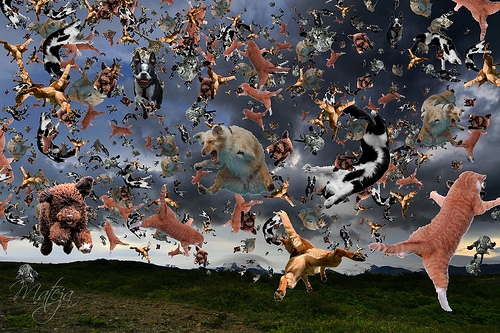 Everyone has heard this saying before, referring to weather that is, for all intents and purposes, a downpour, which few of us would choose to step out into, let alone be caught unawares.  Still, this phrase does conjure some interesting imagery, so what is the origin of the expression that is so commonplace? 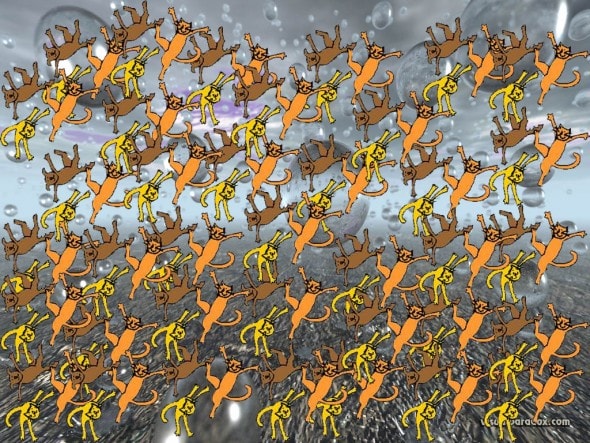 It seems there aren’t any definitive answers, but there are certainly a lot of ideas as to where the phrase initiated and why.  According to Everyday Mysteries from the Library of Congress, “The first recorded use of a phrase similar to ‘raining cats and dogs’ was in the 1651 collection of poems Olor Iscanus. British poet Henry Vaughan referred to a roof that was secure against ‘dogs and cats rained in shower.’ One year later, Richard Brome, an English playwright, wrote in his comedy City Witt, ‘It shall rain dogs and polecats.’ (Polecats are related to the weasel and were common in Great Britain through the end of the nineteenth century.)” 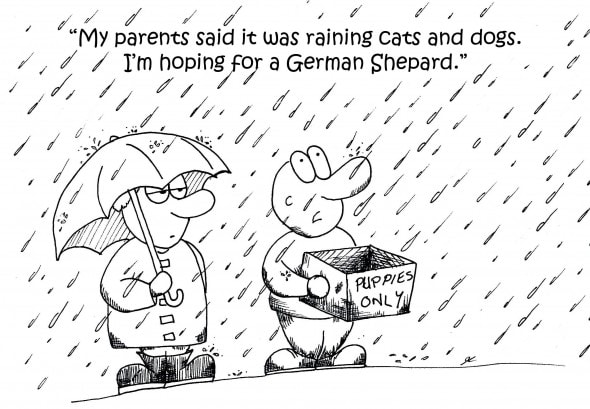 In Jonathan Swift’s  1738 A Complete Collection of Genteel (or Polite) and Ingenious Conversation he says “I know Sir John will go, though he was sure it would rain cats and dogs,” and makes another reference in his satirical poem, A Description of a City Shower, from the 1710 Tatler magazine collection. The former has been credited with growing the popularity of a phrase that may (or may not) have been commonly used at the time.  The later is believed to have been the resulting dead cats and dogs filling the streets after torrential rains and flooding. 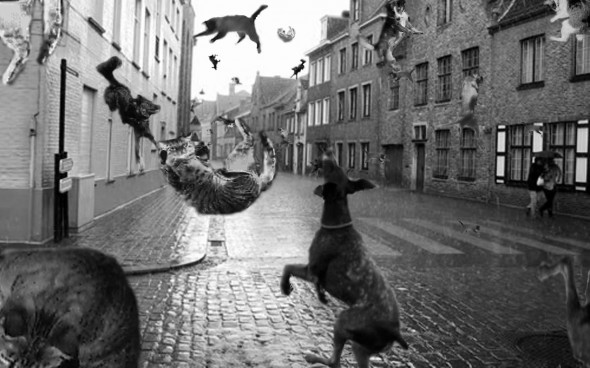 Another school of thought believes this phrase steeped in Norse mythology and the god, Odin, whose attendants were wolves and dogs.  As he was the storm god and cats were though to have influence over storms, mostly by those who sailed the seas, and dogs were symbols of storms, when the skies opened up due to Odin’s wrath, he brought down the cats (in the form of rain) and dogs (in the form of wind).  That said, there’s not a whole lot of evidence to back that up, and much of the written information even conflicts as to what animal held sway over which element.  Dogs brought the rain, cats the wind.  Not sure that makes much difference, regardless. 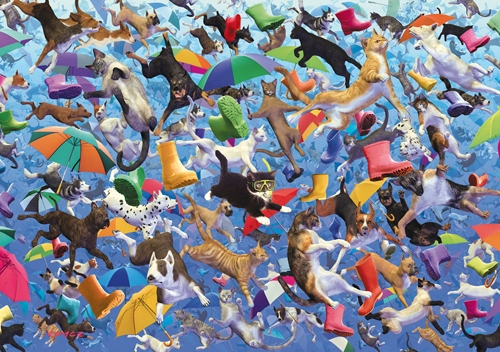 In French, an old word for waterfall is “catadoupe,” which kind of, sort of explains half of the phrase, although one source hypothesized it was because the noise a waterfall makes sounds like cats and dogs.  It may also be derivative of a Greek expression, “cata doxa,” that roughly translates to “contrary to experience or belief.”  If you think about that one, it could have some truth behind it.  It would be amazing, unbelievable, to see it literally raining cats and dogs. 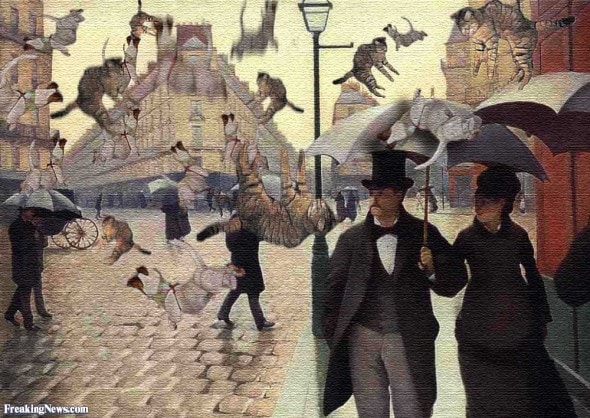 Another thought that is without merit is that in England dogs, cats, and other small animals would climb up and huddle into the thatched rooftops to stay warm.  When it rained, they couldn’t maintain a solid footing and were washed down into the streets.  This particular idea, however, has been dismissed as a properly maintained roof of this type is both naturally water resistant and highly slanted so the water will run off. The likelihood of any animal seeking shelter on a roof that is exposed to the elements is extremely questionable. 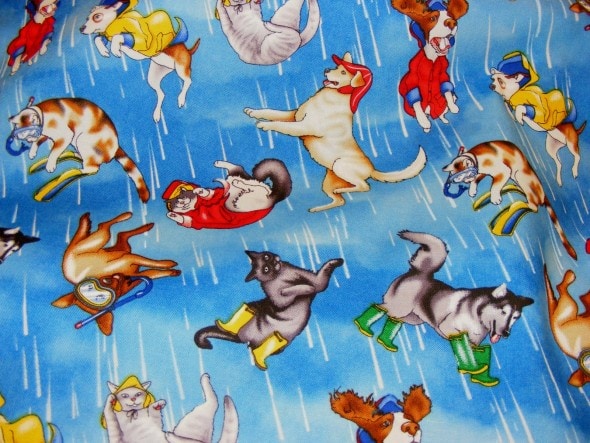 So, it seems, there really is no concrete answer when it comes the origin of “it’s raining cats and dogs,” question.  Best bet? Just make sure you have an umbrella handy, “just in case.” 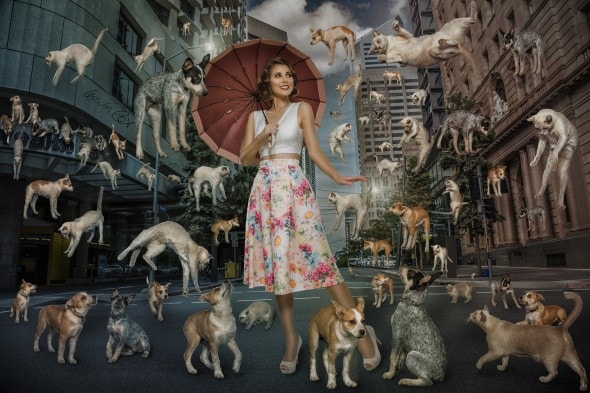