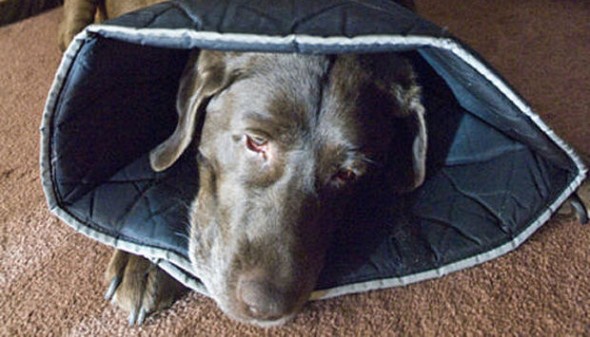 A Maryland Appeals Court judge handed down a verdict awarding emotional damages payment be given to a family whose dog was shot by a deputy.  The original verdict stated that the officers did intend to cause harm, and based on that the family was allowed to collect $200,000.

The decision is a shift in legal precedent.  Usually, pets are considered by the court to be “property” and only worth their “fair market value.”

The 42-page court opinion decreased the original amount the family had sought by $400,000.  The findings included that involved the officers in question trespassing into the family’s home.

Deputy First Class Timothy Brooks and Deputy First Class Nathan Rector were the ones requesting the appeal.  In April of 2012, a jury found that Brooks had violated the rights of Roger and Sandi Jenkins.  Brooks shot their chocolate Lab Brandi while searching for the couple’s son, who was wanted on a civil matter.

It was also decided that both deputies had violated the Jenkins’ rights by entering their home without permission.  The deputies entered their home after they had left to take Brandi to a vet in an attempt to save her life.

After the appeals process, the total dollar amount awarded to the Jenkins was $400,000.  Even though there’s been a reduction in the amount given, the decision has opened up possibilities of collecting damages for killed pets in the future, which was not the norm before.