Brian’s story begins with him being dropped off at the Baldwin Park Animal Shelter in California.  When Leave No Paws Behind found out about him, they knew they had a real special case on their hands.

Scared, sick and severely underweight, Brian looked more like a skeleton than a dog.  He was taken in by Leave No Paws Behind, and they brought him to Dr. Mark Hohne at the East Valley Veterinary Clinic.

Brian was only 41 pounds when he first got to the clinic.  He was so sickly, no one there had very much hope for the poor guy at all.  The founder of the rescue, Toby Wisneski, was encouraging Brian to stay with them and fight through. 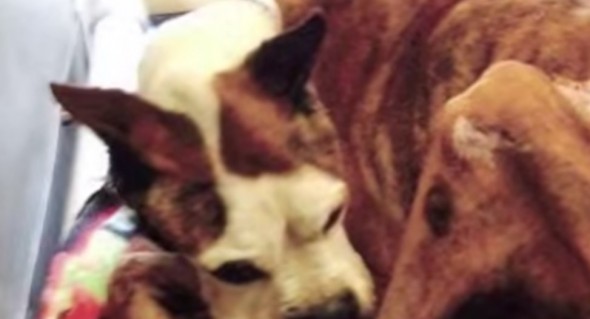 Toby told Brian he was finally safe.  He told Brian his life matters, and he deserves better than this.  All he wanted Brian to know was that things were going to be alright.

Everyone at the clinic was on pins and needles.  After Brian made it through his first night there, things started looking up.  As each day passed, Brian got better, stronger, and less afraid.

Two weeks into Brian’s recovery, he was well enough to be fostered.  The people watching over him had to feed and medicate him constantly, but never the less, refused to give up on him.  It wasn’t long before Brian had anyone doubting his chances at survival proved wrong.  Brian was going to make it.

Day by day, week by week Brian got better.  He also got bigger.  Soon, he was back up to a more normal weight, which is around 85-pounds.

This holiday season, please consider a donation to your local animal shelters and rescue groups.  Remember, a donation doesn’t always have to be money.  Donating time and love to dogs like Brian is something any one of them would gladly have, and they need it so desperately. 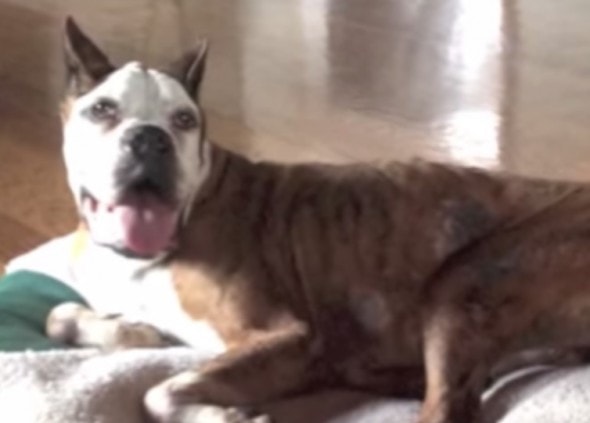