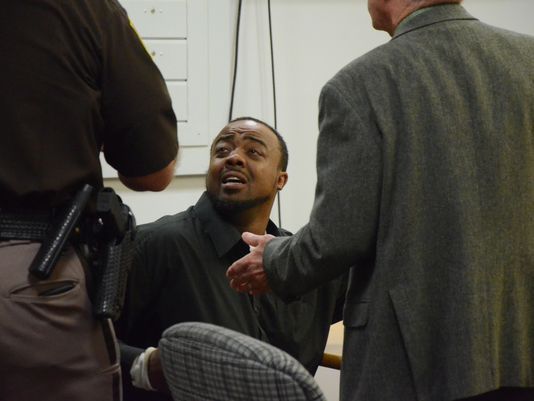 It only took a jury about 5 and a half hours to return the guilty verdict against defendant Javaan James.  James now faces an eight-year sentence on two counts of possession of dogs specifically for fighting purposes, and one count of possession of equipment meant for training fighting dogs.

There were two counts of possession of fighting dogs that James was found not guilty of.  There was also an animal cruelty charge that was thrown out before trial began, having the judge cite a lack of evidence to charge James.

These are not James’ first convictions.  His priors have nothing to do with dog fighting or training fighting dogs, however the fact that James is a repeat offender means that the penalties for his crimes will be considerably stiffer.  As mentioned, he’s looking at eight years behind bars, however formal sentencing by Judge Sarah Lincoln will take place on June 16th. 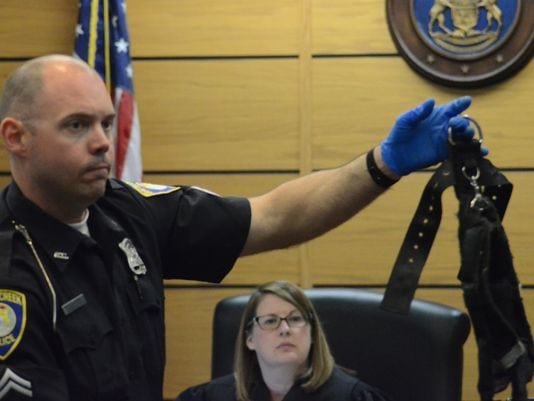 Until the 16th, James will remain in Calhoun County jail.  He was free on bond, however the judge revoked it after the jury came back with the guilty verdict.  Judge Lincoln cited an arrest on February 17th where James is accused of possession of cocaine.

When James was approached by sheriff’s deputies after the guilty verdict, James became agitated and said, “Can I see my son, please.  Can’t I see my son?  This is ridiculous.  I can’t see my son.  This is crap, I didn’t do nothing to my dogs.  This is bullshit.”

James was first arrested on these charges on July 13th of 2016.  Battle Creek police served a search warrant on James’ home looking for drugs.  What they found was five pit bull dogs in the back yard along with equipment consistent with what is used to train dogs for the purpose of fighting.