US Air Force Staff Sgt. Adam Wylie developed a close bond with Belgian Malinois Emra while the two were stationed overseas in South Korea.  But when he came home, she had to stay behind.  Now that Emra has been retired, she can spend the rest of her days as a member of the Wylie family.

“We are inseparable now, just like we were for our two years serving together,” he said. 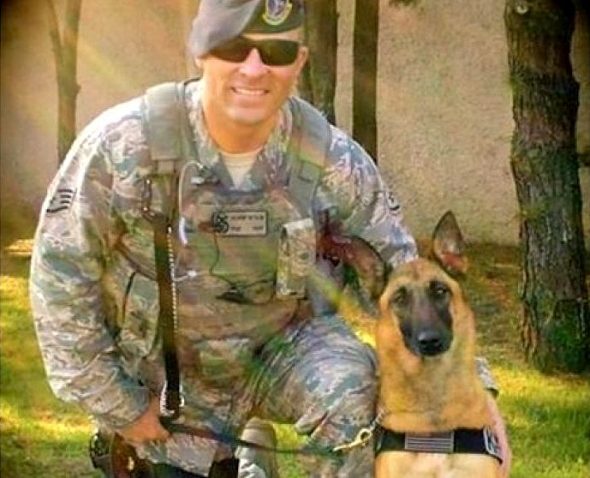 Wylie was stationed around Osan Air Base from 2012 to 2014, and with Emra as his partner, was responsible for performing “listening posts” to prevent raids, and conducting safety sweeps when lead officials like Vice President Biden visited. 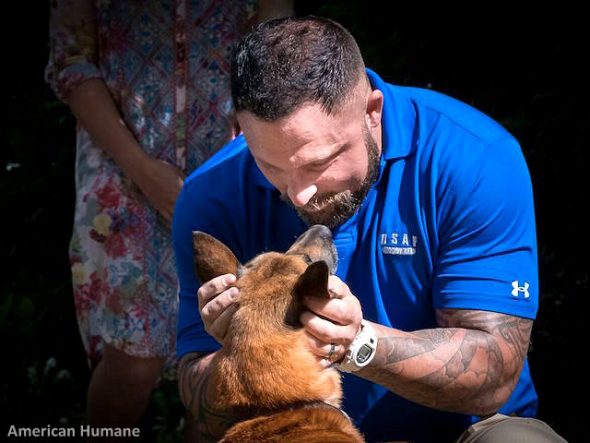 They last saw each other in 2014, and Emra was recently retired because of her old age and development of arthritis.  On April 20th, she was flown to Cincinnati to be reunited with and officially adopted by Wylie, thanks to American Humane, the non-profit group that funded her travel costs.

“Emra and I had such a strong bond in South Korea, but I will admit, my biggest fear was that she would not recognize me,” he told Fox News. “But then it happened! She looked right at me, nuzzled into my neck, and licked my face. She had not forgotten the long shifts together posted out in the middle of nowhere or the endless hours training together.” 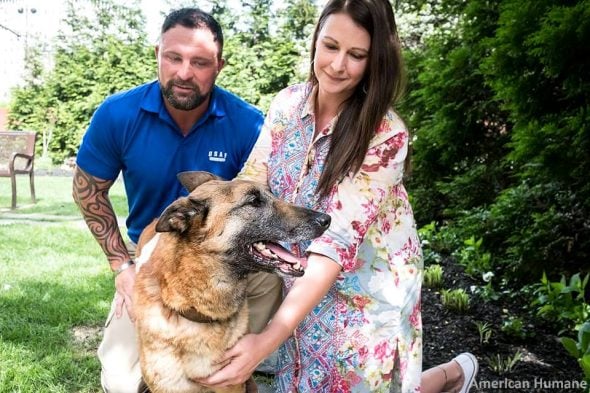 Wylie’s wife Kelly and their four-year-old daughter Chloe were happy to finally meet Emra, but nothing could compare to the airman’s joy.

“I was overcome by so many emotions, several of which I cannot even put into words,” Wylie said. “Our reunification was more than just two battle buddies catching up on old times – a part of my family was brought back to me.” 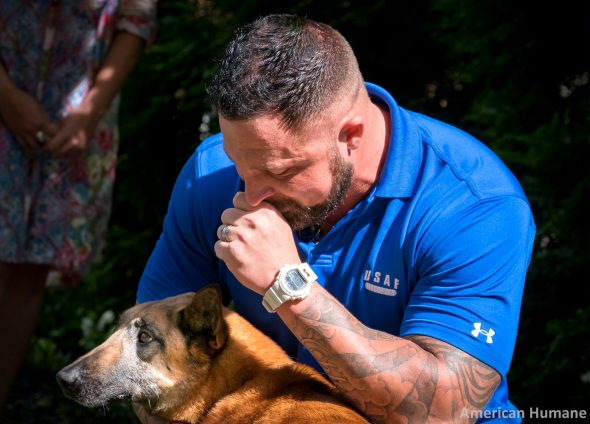 The 12-year veteran is currently on leave, and when he retires this month, plans to become a K-9 handler and security specialist with the US State Department.

American Humane said that it was “honored to reunite two American military heroes and best friends,” noting that the organization will provide Emra with veterinary care free of charge for the Wylies.

If you would like to help make more of these reunions possible, please click here to donate. 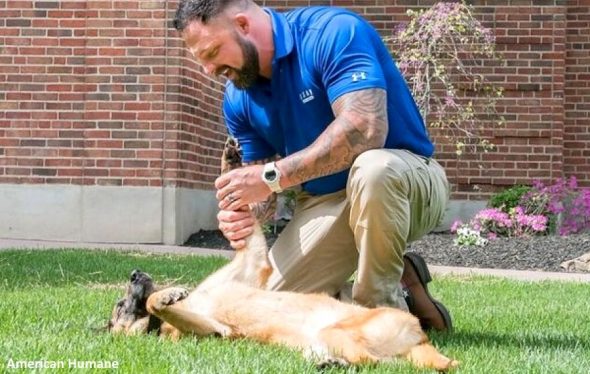