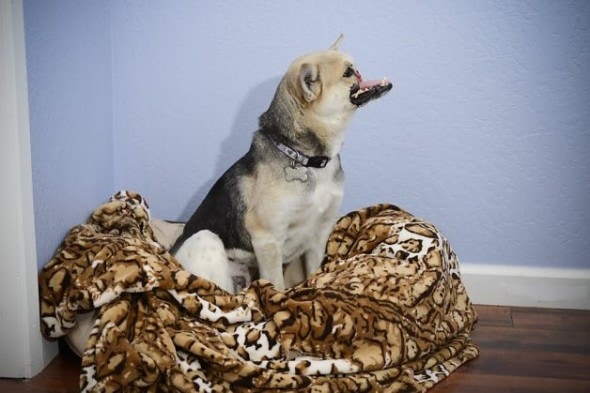 Kabang, the hero dog that saved two girls in the Philippines, can now add beating cancer to her list of accomplishments.

Kabang arrived at the University of California Davis to repair her damaged snout, which was severely damaged when she saved two little girls from an oncoming motorcycle. Thanks to donations from people in over 20 countries Kabang made it to UC Davis in October. Once she arrived in California veterinarians found that she had several other issues beside her wound. Kabang had heartworm and a cancer called progressive venereal tumor.

Kabang has just recently completed six weeks of chemotherapy infusions and “There is no evidence of any remaining tumor,” reports Kabang’s primary care veterinarian Gina Davis. Through it all Kabang remained happy. “She has come through everything very well. Her appetite is still god. She’s still bright and happy,” said Davis.

Cancer-free, Kabang has now begun treatment for her heartworm. She has had the first of three arsenic-based heartworm shots. She will receive the final two shots in January. After receiving her round of shots it will take a month or two to recover and then Kabang will finally be ready to undergo her surgery.

Kabang will receive two to three separate surgeries to repair her wounds from her heroic acts. Firs she will receive dental work and then she will receive surgery to try to close the gaping wound and restore whatever nasal function is possible. The main goal of the surgeries is to cover up any exposed tissue. “Right now, the bony structures are all exposed directly to the air so there is an increased chance of infection,” said Davis. If all goes well Kabang is expected to return to the Philippines in May or June.