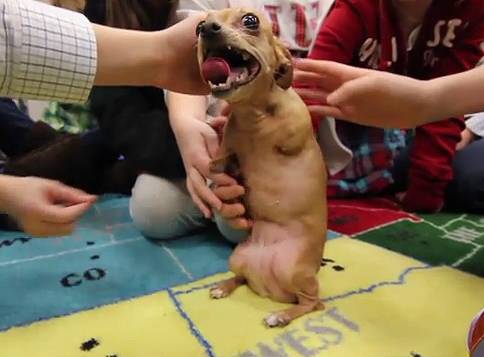 Do you know an animal that has done something truly special in its life? Each year, New Jersey’s veterinarians honor four special animals with induction into the Animal Hall of Fame. Five members were added March 6th to the hall, which is now in its 16th year and includes 83 inspiring and notable animals or organizations from around the state.

The Class of 2011 includes Samson, a pony from Monmouth County that’s known for his kisses; Tilly, a 4-year-old English bulldog from Long Branch that visits sick children, and today’s subject: an extraordinary dog named Kanga, a two-legged Chihuahua from Branchburg in Somerset County.
.