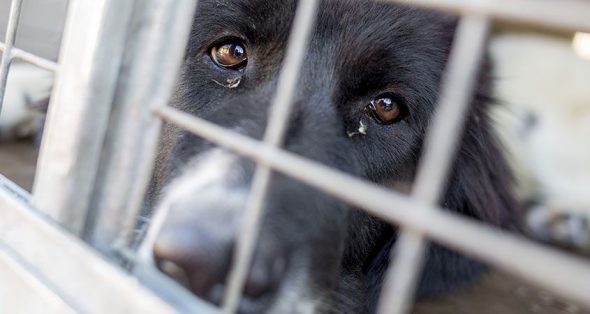 Some Kansas lawmakers have put the brakes on a new bill which would allow for surprise inspections at pet stores selling puppies, and also increase the fees on those puppies.  They are hoping that they can put the new bill off for a short while, because they want the law to also cover home breeding operations as well, bringing more stringent oversight into the puppy mill world.

As it stands now, the new law only covers pet shops in Kansas.  Supporters of the bill are saying that breeders should also be subject to the same surprise inspections and heightened fees that the stores would be subject to.  According to the Humane Society of the United States says that Kansas had the third-most problem dealers in 2016.  Their reports say that 15 different breeders were cited for unsanitary conditions or selling clearly unhealthy dogs.

The Kansas State House and Senate couldn’t agree last week on the bill.  At first the bill only went forward with only the increased fees.  The fees would go a long way to helping pay for the inspection system that is already in place in the state.  The House rejected the bill when it was passed along to them, citing the lack of oversight for both stores and breeders.

Animal welfare advocates are pushing for even further oversight on home breeding operations.  They want there to be no warning to come to these operations before officials arrive on scene.  According to their statistics, Kansas commercial breeders have consistently had a poor reputation when it comes to caring for the puppies they breed.  Their claim was backed up by Democratic Rep. Sydney Carlin, who agreed that the warnings would just give them time to cover anything up they might get cited for.

“They can clean up the pen,” Carlin said.  “They can remove dead animals.  They can take the sick ones and put them somewhere down the road.”

There are some lawmakers that believe that surprise inspections with absolutely no warning whatsoever is actually a bad thing.  Kansas Federation of Animal Owners lobbyist, Steven Hitchcock says that the idea of the call ahead is not to give time to cover things up, but to ensure that time isn’t wasted with inspectors going out to places when the property owners aren’t there.

The bill will be reintroduced this week, where a final decision will hopefully be made.