Busch Gardens Tampa is celebrating an anniversary for a very special relationship. April 16 marked the one-year anniversary of the first time park guests got to see an 8-week-old male cheetah cub and a 16-week-old female yellow labrador puppy start to strike up a friendship that the park’s animal experts expect to last a lifetime. 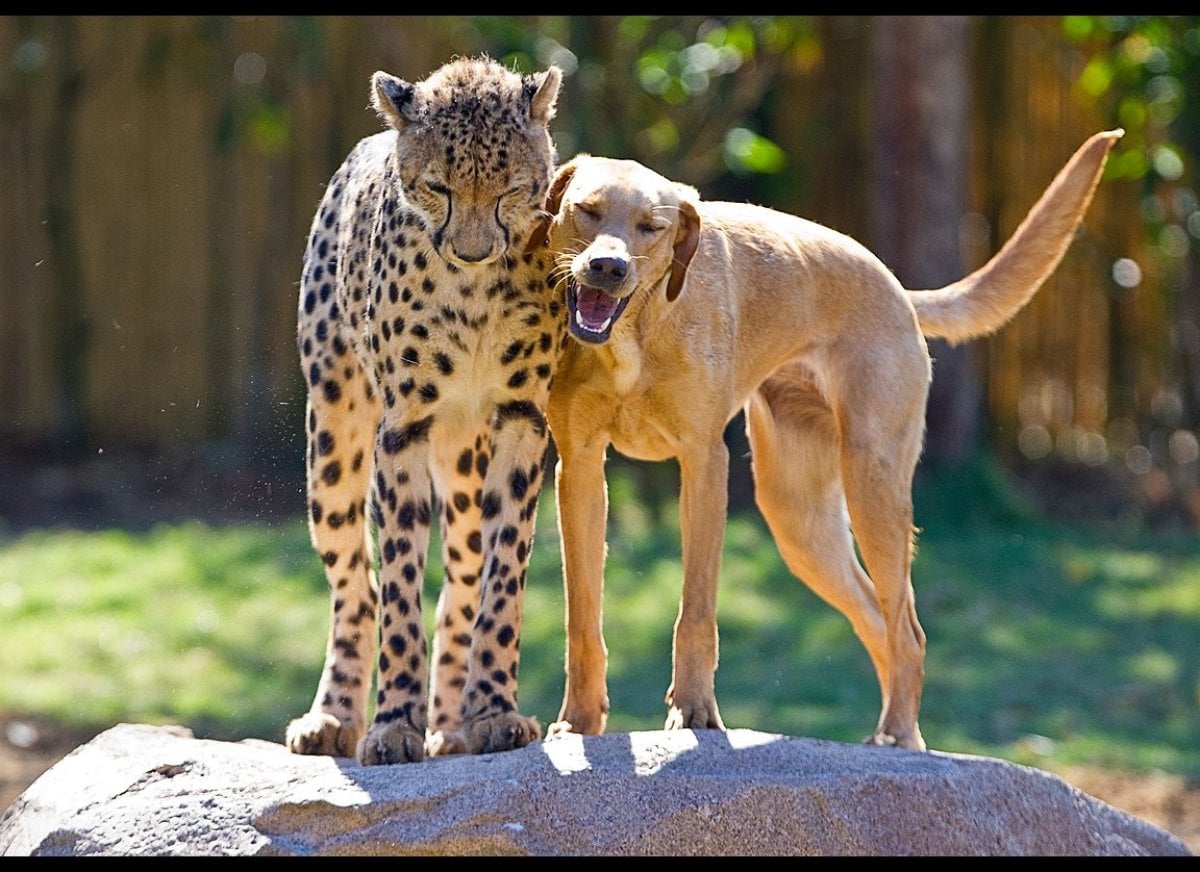 The pair — later named Kasi and Mtani — spent only supervised play times together at first. The cheetah first came to the park after its mother ceased caring for him. The 8-week-old male cheetah cub and 16-week-old female yellow labrador puppy bonded instantly. Now, a year later, they live together full time at the park’s Cheetah Run habitat and even travel together to schools, events and television studios, helping the park’s education team teach the public about the plight of cheetahs in the wild and the importance of Busch Gardens’ conservation efforts.