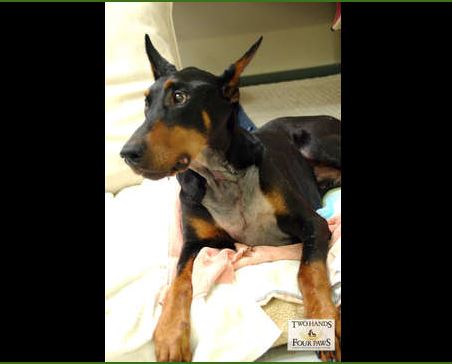 .
.
The Bill Foundation created this powerfully affecting video about Kenny, a paralyzed dog in danger of euthanization who was rescued and helped to walk again by the Los Angeles canine wellness center Two Hands Four Paws.

In April of 2013, the founder of Dobie Rescue discovered Kenny paralyzed in his kennel. He was an owner surrender at 2 years old because he “wasn’t aggressive” enough. His owner felt that he hadn’t defended himself from an attack by another of the owner’s dogs. At 2 years of age, he was deemed too old to be adopted, so he then spent the next 3 years of his life in a cage. Because there wasn’t enough money for a full diagnosis, and he was a seemingly hopeless case, the recommendation was to kill him. That is where Two Hands Four Paws stepped in. They utilized their network of veterinarians, specialists, and physical therapists to help Kenny get back on his feet and prepare him to be ready for a forever home.

Kenny has been miraculously transformed, is walking again, and is now looking for his forever home. 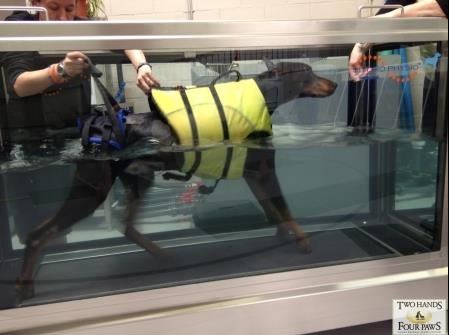 4 thoughts on “Kenny – A Paralyzed Doberman Learns To Walk Again”